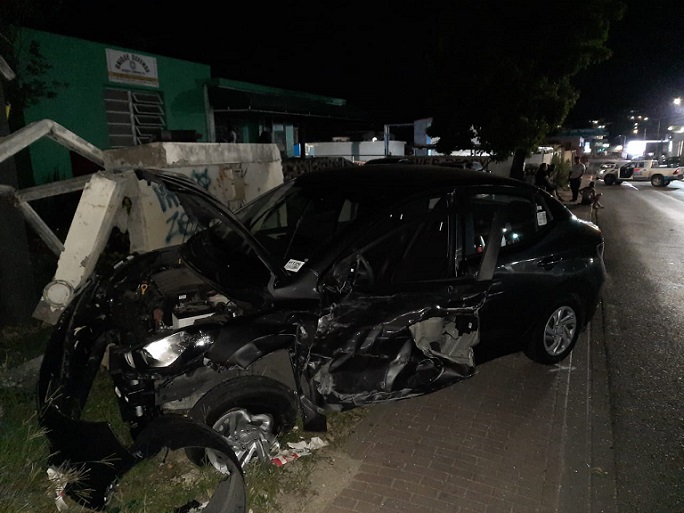 PHILIPSBURG, Sint Maarten — Police Central Dispatch received calls about a serious car accident with several persons badly injured on Wednesday, July 21, at approximately 00.10am. Police patrols and paramedics found at the scene the wreckage of a white Chevrolet Equinox with license plate M-2804 and a Grey Grand I-10 with license plate R-1700.

The heavily damaged white Equinox had the driver and two other passengers, all of whom were severely injured. The driver, was found wedged behind the steering wheel. The victims removed from the vehicle and rushed to St. Maarten Medical Center.

Police was later notified that the driver of the Equinox has pass away and two others victims still hospitalized following the early morning accident in Cole Bay. The Police Force Sint Maarten KPSM expressed condolence to the family of the deceased.

The Police Traffic Department are busy with a comprehensive investigation in this accident.
The public is remind that the roadways are very busy during this time of the year. Police urge all motorists to drive with caution as mistakes can result in the unfortunate loss of not only your life, but of those around you. Avoid senseless accidents by following the road rules to ensure the safety of all.