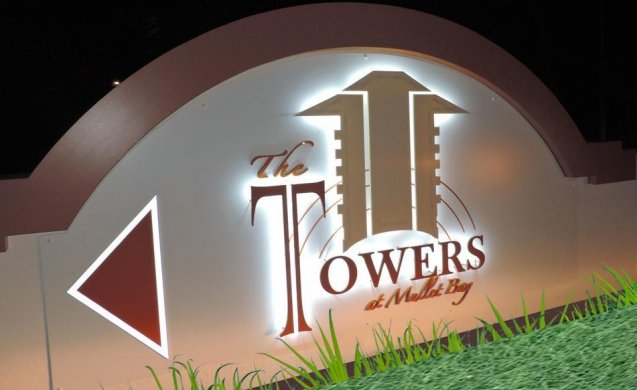 Mullet Bay – The following is in response to an article that appeared in the Daily Herald dated Friday/Saturday June 11-12, 2021, headline: “Central Bank refutes Mullet Bay claims of hindering access to funds”. What is alarming and quite surprising is that no one from the company was contacted in order to give their side of the story.

The article indicated that an employee of the Towers contacted someone at the Central Bank of Curacao en St. Maarten (CBCS), however there is no name of an employee of the Towers at Mullet Bay as well no one in particular from CBCS responsible for this statement. The company would like to remind everyone that the world is facing one of the worse economic periods in recent history. We all are experiencing these terrible challenges, especially here in St. Maarten after the devastation of Irma followed by the Covid-19 pandemic.

In July of the same year, ECI was instructed by the CBCS to discontinue all support and payment to the Towers at Mullet Bay, which included the rebuilding program, employees’ salaries, and all other operating expenses leaving the Towers with no income in order to take care of its responsibilities. Ambassador Ansary the main shareholder of the company provided not only a 100% of the salaries of the employees for three years until April 2020, but also housed certain employees at the Towers after Irma due to damages to their homes. In addition the employees received NAf. 5,000 guilders to assist with any repairs to their homes as well as a Christmas bonus in 2017, while the resort was closed.

When the Covid-19 pandemic surfaced with a vengeance, the Towers at Mullet applied for the Government payroll subsidy and was rejected as a result of not paying any Turn Over Tax for the two years after the hurricane, which was not possible due to the resort being closed all this time. The employees were then given 50% of their salary by the main shareholder and were asked to stay at home for their safety.

This continued until September 2020 when the Towers at Mullet Bay asked the employees to sign an agreement to continue receiving 50% until further notice. The employees refused this offer. The employees’ representative, who is WIFOL met with management and the government mediator to find a solution. Shortly after that meeting the Towers received a letter from WIFOL informing management that the employees prefer to be paid out for all the years of service with the company. The Towers accepted and started the negotiation to reach an amicable solution.

A settlement agreement was reached and signed by all parties, which was done by the company in good faith. The settlement amount is well over one million dollars. With no income or no support from the parent company ECI, the Towers had no choice but to request a loan from a bank. This was disrupted by the CBCS announcing the sale of certain assets of the company, which was carried in several news media. No bank will lend funds under these conditions.

Additionally, several news media carried an article stating that the CBCS received permission from the court to start selling certain subsidiaries of ENNIA Caribe Holding. The company categorically disputes this statement. No judgment has been reached in this case as yet.

The management
The Towers at Mullet Bay