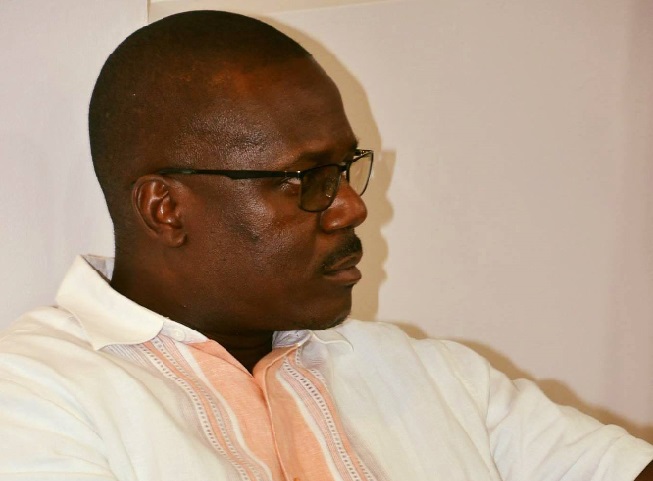 The Council of State has reviewed the COHO consensus law which was propped up by the honorable Prime Minister Silveria Jacobs and has found it wanting. The Council’s findings will lead many in the governing coalition to begin their high-stepping, back-patting, and congratulatory nods for their perceived personal / political victory.

However, the real question is how does their personal / political victory translate into tangible relief for the citizens of this country during this COVID-19 pandemic. The realties being faced by a multitude of families on this island who are struggling to put food on the table and meet their monthly financial obligations will not be reflected in the fake victorious verbiage and sound bites that will resonate in the media in coming days.

While the political rhetoric that is to follow may boost the egos of the weak, excuse me, meek, the average citizen is overwhelmed with fears of what the next few months will bring with regards to their abilities to continue to meet there financial obligations for basic survival on a monthly basis .

Knowing that they have the ability to put food on the table, pay for the roof over their heads, job stability, earning a livable wage to maintain their livelihood, the ability to see a doctor and not have to pay out of pocket, and confidently sending their children to school knowing that there in a safe learning environment, is paramount on the minds of the people right now.

While the Council of State report may give credence to the petition to the U.N. submitted by the parliament of St. Maarten, please take note of the entire content and context of the report, as therein lies the unveiling of the defensive strategy that is going to be used against the petition.

In the same breath, the people of this country would like to know when the unveiling of a plan of action that addresses the concerns that are on the forefront of their minds be reviewed and debated on the floor of parliament.

While In victory mode please explain to the people of this country what the Council of State means by it supports the aim of the kingdom Act to make the economies and public finances of the countries healthy, strengthen public administration and improve the conditions of the population of Aruba, Curacao and Sint Maarten as it relates to your supposed victory against the COHO law.

Does the findings of the Council that the State Secretary’s approach was literally inappropriate, and it doubts whether the setup he had chosen would have lead to successful results, give any relevance to the governing coalition’s so call victory and approach for attaining a healthy economy, and public finances?

Does the coalition’s so call victory strengthen public administration and improve the conditions of the population? Oh I’m sorry, the “victory” against COHO had nothing to do with having a plan other than, Holland we need money at all cost.

Prime minister Silveria Jacobs signed on to the country package including COHO, and has already begun to implement some of the measures stipulated in COHO, without recognizing that “the division of responsibilities and powers (her powers) between COHO and the government and between COHO and the financial Supervision were unclear, I’m guessing because, Holland we need the money at all cost was at the forefront of her mind.

The Council of State also found that the COHO had far-reaching powers that belonged to the local national administration (local government) and also questioned how COHO could be a Dutch independent body while functioning under the directive of the minister of interior and kingdom relations, in essence making him the prime minister of Sint Maarten. But that’s ok says the our PM I accept, take my position, because Holland we need the money at all cost.

The Council of State also notes that the powers of the Minister of Interior and Kingdom Relations were unlimited because not only did it place him as the director of COHO, but also as the director of the national administration of the county (The Prime minister of St. Maarten boss) replacing parliament as the body approving decisions. But again it’s ok, let me initial all the pages of the agreement and sign says our PM, because Holland we need the money at all cost.

The COHO law also gave the Netherlands the ability to change the rules of the game at will, any time during the 7 year period of its implementation by using compliance to any changes as the trigger for support. That too was agreed to by the Prime minster because Holland we need the money at all cost. If this is how the prime minister deals with indecent proposals, I am not surprised that a plan to address the none political issues confronting her people has never materialized.

If the Prime Minister was willing to let herself be steam rolled and sidelined without taking a principle stand on any of the many infraction or her rights and abilities to serve her country and its people as the leader of government, how can the people of this country expect her to stand up for their needs, wants and aspirations to be able to not only provide for their families but thrive in their own country.

Who’s going to ensure that the issues that are on the forefront of the minds of the people of this country and their family’s not get trampled on and sidelined while our government celebrates fake political / personal victories agree to and signed on to by Prime Minster Silveria Jacobs.

The council of state rescued the Prime Minster from her own signature, the more pressing question is who is going rescue the people of Sint Maarten from the signature of the prime minister.