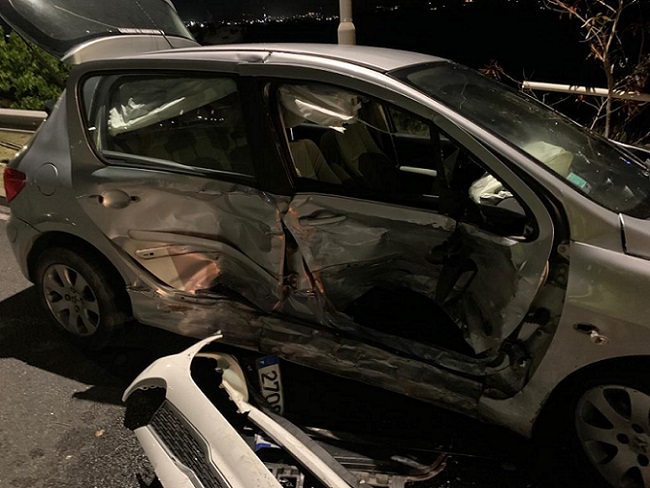 PHILIPSBURG, Sint Maarten — The personnel of the traffic Department are investigation two serious car accidents that took place over the weekend.

The first accident took place on Friday evening March 26th, 2021 around 11:30 pm on the Airport road. Upon investigating into what transpired, it was discovered that the driver of a silver Suzuki was driving at a high rate of speed on the Airport road, going towards MAHO area. The driver of the Suzuki lost control at one point and collided with the white Hyundai coming from the opposite direction.

Due to the collision both the drives were seriously injured. They were treated at the scene by the personnel of the ambulance and later requested to be transported to the medical Center on the French Side of the island. Both of the vehicles that were badly damaged were later removed by the towing company.

The second serious incident occurred on Sunday evening March 28th 2021 around 11:20 p.m. on the A, Th Illidge road. According to the preliminary investigation, it appears that the driver of a gray SUV was driving at such a high rate of speed that he lost control of the vehicle while going towards the Amsterdam Shopping Center. The vehicle slammed into the bus-stop located the side of the road and the SUV rolled over several times before coming to a complete stop.

Both the driver and the passenger suffered serious injuries. They were treated by the personnel of the ambulance and later rushed to Sint Maarten Medical Center (SMMC) for further treatment.

Driving above the speed limit is a common practice for many motorists on Sint Maarten. This illegal behavior vastly increases the risk of losing control of a vehicle and causing an accident. Even a small increase in speed can result in a much higher risk of being involved in a collision or other type of accident. As such, it is essential for motorists to be aware of the speed at which they are traveling and stay within the legal limits.