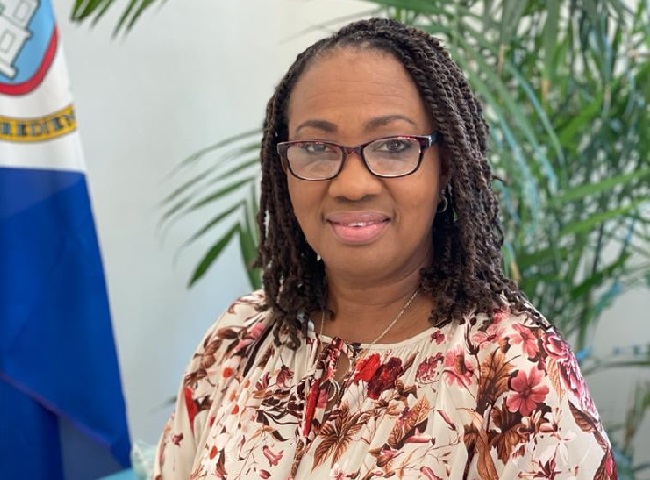 Philipsburg, Sint Maarten – On Monday, March 29, 2021, Prime Minister Silveria Jacobs and her support staff were invited to a meeting arranged by the Dutch representative’s office with State Secretary Knops. The meeting was amicable, however, State Secretary Knops still needed more reassurance from the Parliament of Sint Maarten concerning support for the trajectory of the Kingdom Consensus Law COHO and the country package agreements finalized in December 2020.

Prime Minister Jacobs stated, “During the meeting, State Secretary Knops agreed that the Government of Sint Maarten has lived up to the agreements. As such, Sint Maarten is very disappointed that we aren’t able to move forward as per the agreements made based upon the feelings of the Ministry of the Interior and Kingdom Relations (BZK) with support from the Kingdom Council of Ministers (RMR).”

“In government’s opinion, the goal post continues to be moved, as the condition for the fifth tranche of liquidity support was the finalization of the Implementation Plan which is ahead of schedule. In light of this, the signing of the Implementation Plan did not proceed as State Secretary Knops expected even as Sint Maarten remains committed to the process. This is a clear example of how the democratic deficit negatively affects us in the Dutch Caribbean,” Prime Minister Jacobs continued.

During the meeting, Prime Minister Jacobs made it clear to State Secretary Knops that while Sint Maarten has shown understanding for the sentiments of the Netherlands when negative utterances are made against them politically, they seem to not understand that this insistence on things being done their way every time there is a dispute in exchange for needed liquidity support during this time of crisis also adds more fuel to the thoughts and feelings by the Dutch Caribbean islands that we are not treated equitably in the Kingdom. As such, Prime Minister Jacobs encouraged State Secretary Knops to keep that in mind as well as both parties seek to improve relations based on mutual understanding and trust.

In an informal follow-up meeting held today, between State Secretary Knops and the Chair of Parliament Rolando Brison, the Chair of Parliament joined the conversation and was able to convey the intentions of the petition submitted to the United Nations rapporteur. State Secretary Knops is expecting to receive such in writing and once this letter is deemed satisfactory to State Secretary Knops and his colleagues who have been mandated by the RMR to decide such, Sint Maarten may then be allowed to proceed with the trajectory of the COHO Law, the established country package agreements and further liquidity support.

Prime Minister Jacobs stated, “I look forward to hearing the reaction of those mandated to decide on behalf of the RMR, however, I earnestly believe the more the Government of the Netherlands insists on this statement from the Parliament of Sint Maarten, the more they give further indication that the democratic deficit is being used against us as smaller countries within the Kingdom. State Secretary Knops has expressed the need to proceed and continue repairing the relationship between the Netherlands and Sint Maarten. However, we will await the verdict based upon Parliament’s explanation which is outside of their purview as their expressions do not weigh in the trajectory of the COHO Law at this time.”