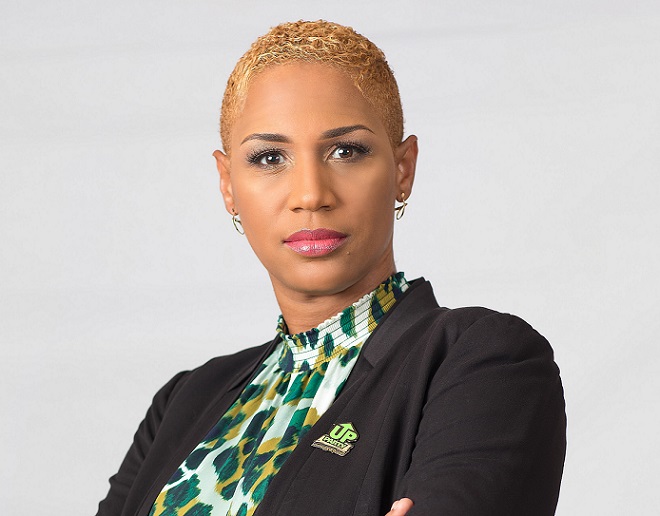 PHILIPSBURG — A petition sent to the United Nations requesting two of its bodies to investigate “systemic discrimination, and racism perpetrated against the people of St. Maarten” has been met with loud rhetoric and threats from three opposition members of Parliament and Dutch Parliamentarians, respectively. On Sunday, Faction Leader for the United People’s Party (UPP) in Parliament Grisha Heyliger-Marten said: “The sudden outbursts of threats and rhetoric by some politicians suggest that we should just shut up and accept anything, including abuse, for money. Money which can’t reach the people yet since 2017.”

The Petition, submitted on March 9th, 2021 by Parliament’s legal counsel The Choharis Law Group, PLLC in Washington D.C., requests the UN to investigate several violations of international laws by means of fact-finding missions. The charges include the violation of St. Maarten’s UN-mandated right to a full measure of self-government based on absolute equality (with the Netherlands) and systemic racism perpetrated by the Dutch Government towards the Dutch citizens of the Caribbean.

The petition stems from a motion presented by MP Heyliger-Marten (United People’s Party) and subsequently passed by Parliament on November 5th, 2020 with 12 votes in favor and 3 against. In the fifth resolution of that motion, Parliament resolves to retain legal counsel to assist the Parliament and Government of Sint Maarten with ending the violations of Sint Maarten’s UN-mandated right to a full measure of self-government and completing the decolonization of Sint Maarten and the other islands of the former Netherlands Antilles.

MP Heyliger-Marten anticipated the Petition’s objection by the three local MPs, she said, “They forget that in accordance with Article 44, their role as Members of Parliament is to represent the general interest of the entire populace of Sint Maarten.”
The idea that local politicians would rather grandstand to avoid upsetting “The Dutch” is a textbook reaction of a victim of abuse. “Unfortunately, most abused victims blame themselves and have a hard time putting an end to the abuse. We are not suggesting that we don’t want the relationship. We are merely saying it needs fixing. What’s good for you has to be good for my people too.

“In 2007” the MP stated, “Prime Minister of the Netherlands and Leader of the People’s Party for Freedom and Democracy (VVD) Mark Rutte was convicted by a Dutch court for inciting racism in his policies as a State Secretary.

After that, between 2013 and 2015, the UN issued reports urging the Dutch State to combat systemic racism, based on the Blackface or “Zwarte Piet saga”.
A report by the European Commission against Racism and Intolerance ECRI published on June 4 2019, said, “The hate crime and anti-discrimination legislation in Holland do not provide for sufficiently dissuasive sanctions. The scope of applying the General Equal Treatment Act AWGB is too narrow, and the authorities are not placed under an explicit duty to promote equality and prevent discrimination.”

The report also states that “the mainstream political discourse and media reporting continue to be strongly influenced by a xenophobic, fear-fueling rhetoric and politicians have openly expressed racist beliefs of biological superiority.”

Last December, the Dutch coalition Government fell based on the results of a Parliamentary investigation exposing years of covered up systemic racism, corruption, and government incompetence regarding child allowances. Yet, these same people believe that they can run the justice system and prison on Sint Maarten.”

She added: “Just this month, the Dutch Bar Association Nova’s report concluded that 7 of the 14 party manifestos conflict with the Dutch constitution related to immigration and refugees involving openly discriminating against certain groups of people or denying people access to independent judiciary. According to the report, Dutch political party VVD wants to adapt or pull out of the United Nations refugee treaty, and the VVD’s coalition partner CDA of State Secretary Knops would be breaking the law by cancelling refugee permits for people deemed to be radicalized.

“These are just some of the many examples. So, looking at all these developments in the Netherlands in the 21st century alone, the Dutch Government doesn’t need a petition from Sint Maarten to point out the racism-based lawlessness that they perpetrate against their own citizens including us here in the Caribbean. The petition merely confirms these facts and requests the UN to call Holland to order”, Heyliger-Marten said.

The claim that this Petition will “offend the Dutch”, causing them to stop providing aid, was refuted by Heyliger-Marten. She said, “The only way to stop a bully is to confront them” and further stated that “If they stop the funding, especially considering the harsh conditions they set for us to get it, and threatened us to withhold support from us if we did not give our autonomy, that will be equal to pleading guilty to the charges in the Petition.”

The motion and petition don’t suggest that we don’t want a relationship with the Netherlands. On the contrary, both documents point out that the relationship needs fixing based on the international laws that the Netherlands themselves signed on to and always say to uphold. What’s good for Dutch citizens has to be good for the people of Sint Maarten too.

“I have always supported our Prime Ministers with her negotiations. But I have always made it clear that these agreements must not be in violation of any laws be they on a local-, Kingdom-, or international level. The Petition is in line with this standpoint,” said Heyliger-Marten.

Heyliger-Marten concluded by saying that the abuse and unequal treatment of Caribbean Dutch citizens by the Dutch Government needs to end once and for all. “It is unfortunate that a petition was needed for the UN to once again weigh in on the Dutch Government’s policies” she stated. But if that’s what it takes to protect the rights of the citizens of Sint Maarten, we as Parliament have the right and obligation to follow that route.