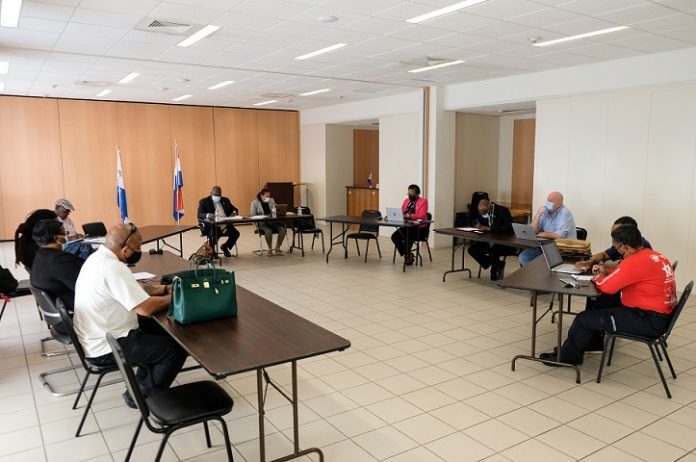 During the meeting, the COVID-19 Temporary National Ordinance regulating the austerity measures related to civil servants passed in Parliament on Wednesday, February 3, 2021, was discussed. A copy of the law was also sent to the CCSU. After Minister Jacobs presented the effects of the law on civil servants, the members were given the floor to state their concerns, ask questions and receive clarity on the way forward.

Moving forward, it was established that the CCSU membership will meet with Prime Minister Jacobs on a quarterly basis to discuss relevant topics. It was also established that more information was needed on topics such as the country package among other concerns of the unions that will affect civil servants and by extension the CCSU membership. As such, smaller information sessions will be held within work groups on a technical level, which would lead to decision making meetings (quarterly, unless otherwise requested) on the CCSU platform.

All parties agreed that communication will continue via the CCSU platform and as such both government and the unions are happy to have reached this stage whereby dialogue has reopened, and the communication pathways are clear for future negotiations and collaborations in the interest of the civil servants. Both entities reiterated their goals of effective representation, good working relations, and service to the general public as well as the preservation of the rights of the workers.