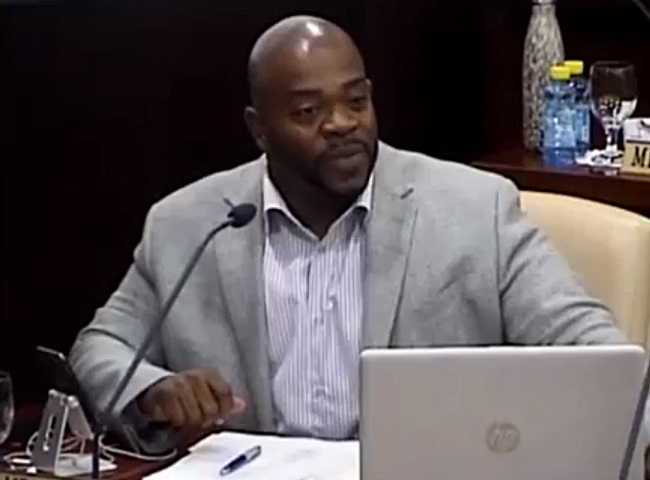 PHILIPSBURG, Sint Maarten — With a second postponement of the Central Committee meeting to discuss the Caribbean Organization for Reform and Development (COHO), Independent Member Of Parliament Christophe Emmanuel has questioned why government is now clearly stalling and keeping information from the people of St. Maarten. The meeting was requested weeks ago by Emmanuel along with MP’s Claudius Buncamper and Akeem Arrindell of the USP faction.

The meeting has now been postponed twice with no explanation provided by government. In the meantime, the MP pointed out, “the COHO is pressing full steam ahead with a PR campaign, Facebook page, website, the works. They are proudly advertising what they will be doing in our country without MP’s having a say and without people knowing what it means for their families.”

“The Prime Minister makes it her business to use “transparency as a talking point whenever she gets a chance. Here we are now with the administrative control of the country apparently being transferred to the COHO and the transparent Prime Minister has yet to appear in Parliament and face the people,” the MP said.

MP Emmanuel said the only thing that’s transparent about this government as it relates to COHO is the confidence being exuded by State Secretary Raymond Knops that the passing of the COHO legislation on St. Maarten is a forgone conclusion.

He was referring to questions posed to Knops by different parties represented in the Dutch Second Chamber’s Permanent Committee for Kingdom Relations. Some Dutch political parties, as they did during the recently held virtual IPKO, questioned how certain Knops were that there was enough parliamentary support on St. Maarten for the COHO. The Dutch parties noticed that support was “very fragile”.

Knops, quoted in The Daily Herald last week, responded that “a very broad majority of the MPs (on St. Maarten) have expressed explicit support for an accord and that this support was confirmed in writing by the chairman of Parliament.”

MP Emmanuel said: “This is why Knops seems so confident. He has a letter from the Chairman of St. Maarten’s Parliament, rubber-stamping the COHO for him. So in actuality, we shouldn’t hear from any MP in support of this entity because the Chairman has already spoken for them and cast their rubber vote.”

The MP also reminded the public that Knops, in the same article, reminded St. Maarten’s government using the same threat he has been using for the past three years.
“Part of the agreement for support is the establishing of the kingdom law on COHO. Knops said that in case the required consensus for this proves to be insufficient, or is removed from the proposal, the country package will legally cease to exist.” In other words, no consensus on the full implementation, no liquidity support.

While the COHO is not officially established on St. Maarten and has also not gotten full support in the Netherlands, the Temporary Work Organization (TWO) of the Ministry of Home Affairs and Kingdom Relations BZK has been established and will be in charge of providing support to implement the country package as long as the COHO has not been established.

In this context, a number of things have already happened under the TWO that is being promoted as wins for the COHO. These include the signing of new border control protocols and establishing a new hospital alliance in the Dutch Kingdom. MP Emmanuel has already written to both the Justice Minister and Minister of VSA seeking information on both of these developments.

“There is also movement in the area of taxes and general administration within government that is defacto the COHO already in operation under the cover of the TWO. Then of course there is St. Maarten’s budget which will have to pay for the reforms. We don’t even know when that will get to Parliament. We have questions that the Prime Minister and this government must answer, answers to questions that Parliament and our people must be privy to. The transparent Prime Minister and her government cannot run from this issue forever,” the MP concluded.