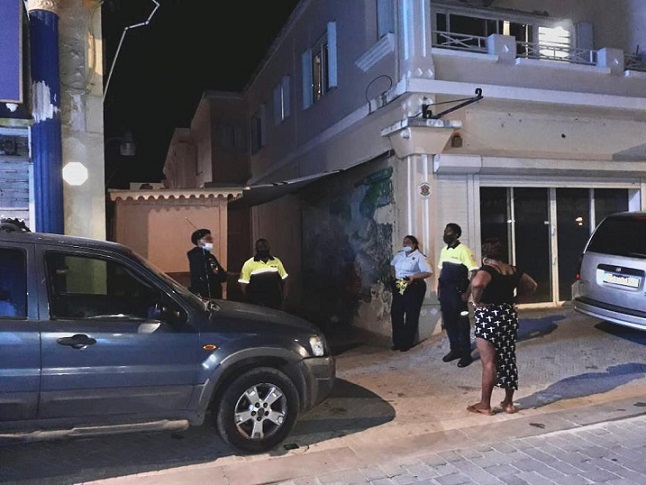 PHILIPSBURG, Sint Maarten — Police are still searching for two suspects who robbed a man of his gold necklace on the Van Romondt Steeg in Philipsburg last night December 15th 2020 around 07.15 pm.

During the robbery, the victim with the initials V.M. was severely ill-treated by one of the suspects with a knife. The victim suffered severe lacerations to his chest and face. The victim was later rushed to the Sint Maarten Medical Center in a critical condition.

A search was carried out in the Philipsburg area by the patrols. Officers were not able to locate the two suspects. Later in the evening, the police received information from the SMMC that the victim was operated on by the doctor and is now in stable condition.

The Detective Department investigating this case are asking anyone who may have any information regarding the armed robbery to contact the Sint Maarten Police Force at +1 721 542 22 22 ext. 204 or 205. Persons can also use the anonymous tip-line by dialing 9300 or send a message to our Facebook page (Police Force of Sint Maarten – Korps Politie Sint Maarten).

The Police Force is asking the community of Sint Maarten and businesses to remain vigilant during this period.