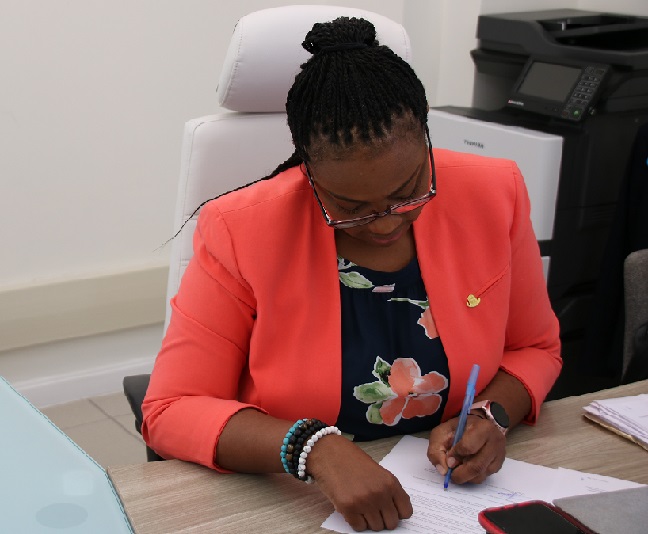 Philipsburg, Sint Maarten — Sint Maarten was able to secure and finalize the necessary agreements for the third tranche of liquidity support after meeting additional conditions that were set during the Kingdom Council of Ministers (RMR) meeting held on Friday, December 18. On Monday, December 21, the government of Sint Maarten sent a clarification letter to State Secretary Knops responding to the additional requirement and confirmation was received from BZK to move forward with the agreements which were finalized in a virtual signing on both sides of the Atlantic this morning, Tuesday, December 22, 2020.

Leading up to the RMR meeting, preparations had been made on a technical level, in order for State Secretary Knops to deliver a positive advice to the RMR for St. Maarten to receive the much-needed third tranche of liquidity support per the agreements set to be approved on Friday. However, before this advice could take place, statements made in the central committee meeting of Sint Maarten’s Parliament held on Monday, December 14, was the center of attention. These were statements to which the Kingdom Council of Ministers took offense and discussed at length during the second agenda point of the meeting.

Prime Minister Jacobs, in a letter, addressed to the State Secretary Knops on Friday, December 18, stated, “While as government of Sint Maarten we do not agree with all statements made in parliament, we are pleased to have received broad support from the majority of our members of parliament to enter into agreements with the Netherlands for the third tranche of liquidity support. This was confirmed by State Secretary Knops. As such, the understanding and respect for the free mandate of individual members of parliament should be recognized and appreciated, as is the case for the second chamber and all other parliaments within the Dutch Kingdom.”

The additional condition was received informally on Saturday, December 19, requiring the Government of Sint Maarten to express in clear and no uncertain terms that it does not support the negative statements echoed by the members of parliament. In particular, the statements made by a member of parliament who has immunity on the floor of parliament to express his opinion, which is directly related to his free mandate. The Council of Ministers does not endorse nor support the negative statements made on the floor of parliament. This was unequivocally expressed via a response letter to State Secretary Knops on Monday, December 21, meeting the request of the RMR to distance itself from statements referencing ‘Hitler.’

Prime Minister Silveria Jacobs stated, “I must reiterate on behalf of the Council of Ministers that the Government of Sint Maarten has done absolutely everything in its power to comply with the conditions that were proposed for the second and third tranches of liquidity support. It is unfortunate that we were left with little choice but to go down a slippery slope whereby we are asked to distance ourselves from statements made by members of parliament, as there very well could be future utterances that do not reflect our position or sentiments where the government would be asked to distance itself from negative statements made in the future. Article 32, paragraph 3 of the constitution of Sint Maarten determines that Ministers are accountable to parliament and are therefore not responsible for the actions or statements of the members of parliament. As such, the government of Sint Maarten is not responsible for the actions or statements made by members of parliament.”

“Statements published in the media insinuating that additional conditions were imposed on St. Maarten because of statements made by Minister Plenipotentiary Rene Violenus during the RMR meeting are false. The additional conditions were requested due to statements made in parliament during the central committee meeting held on Monday, December 14, as stated prior” Prime Minister Jacobs continued.”

The Government of Sint Maarten is satisfied to announce that after much deliberations over the weekend, a signing ceremony took place this morning at 10:11 AM, whereby Prime Minister Jacobs and State Secretary Knops signed the established agreements on the country package for Sint Maarten to receive the much-needed third tranche of liquidity support. These agreements also include an extension of the NAf 50 million loan for Sint Maarten. “The Council of Ministers looks forward to open, honest and respectful dialogue and collaboration with the government of the Netherlands as we work towards our established agreements,” concluded Prime Minister Jacobs.