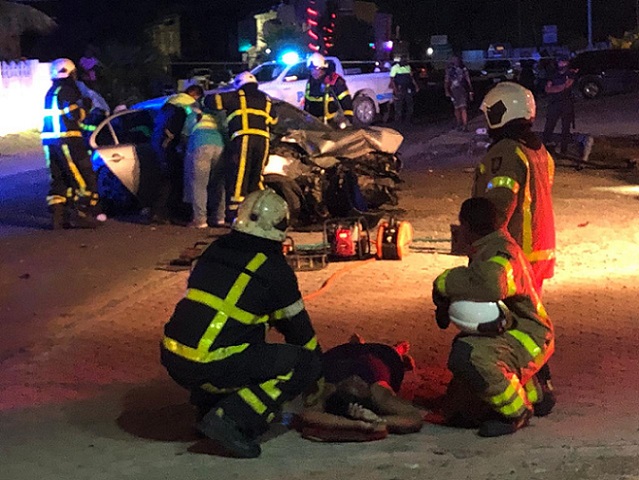 Speeding and Reckless driving results in 4  woman being critically injured in accident.

At the location, the police patrol encountered a silver colored Mitsubishi lancer with the license plate M-5696 with four females trapped in the vehicle, who were all severely injured. The patrol, together with the members of the ambulance who were also on the scene, managed to extract two of the victims out of the car.

These two victims was treated by the personnel of the ambulance and later rushed to Sint Maarten Medical Center (SMMC) for further treatment.

The other two victims who were stuck in the vehicle had to be extracted with the help of the members of the fire department. They too were later rushed to the Medical Center in critical condition.

Upon further investigation into what transpired, it was discovered that the driver of the Mitsubishi Lancer was driving at such a high rate of speed that she lost control and slammed into concrete block on the side of the road next to REMAX. Due to the collision with the concrete block, two other cars parked along the road were also damaged. All four victims are in critical condition at the Sint Maarten Medical Center.

Further information about the condition of the four victims and the cause of this accident will be given in the near future. The traffic department is still investigating this accident.

The Sint Maarten Police Force would again like to remind all road users that the roadways are not your own. Please driver for yourself as well as others as in can result in the loss of not only your life but those around you. Avoid senseless accidents by following the road rules set in place to ensure the safety of all. 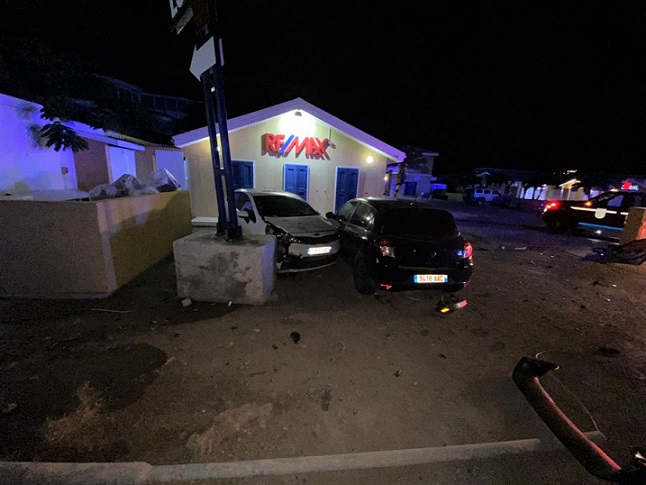 COLEBAY, Sint Maarten — Four young ladies are currently at the St. Maarten Medical Center after a serious car accident on the Welfare Road early (3:30am) Sunday morning in the area of Domino’s Pizza/ReMax real estate office and Cappuccino Diner.

Two of the young ladies may have to be flown out for further advance medical attention as they are in critical condition.

Apparently the ladies were on their way home, when the driver of a Mitsubishi Lancer lost control of the vehicle and slammed into a sign. The fire department was also summon to the accident scene as one of the passengers was stuck.

With the two ambulances all 4 victims were transported to the St. Maarten Medical Center for further treatment.

The traffic department is busy with the investigation.

The Right to Record Recognized at the United Nations

When WITNESS talks about the “Right to Record,” we are referring to the right to take out a camera or cell phone and film the military and law enforcement without fear of arrest, violence, or other retaliation.

[1] Although the Right to Record is foundational to the use of video for human rights and is upheld by law or judicial decisions in some countries, other countries’ laws and practices explicitly violate this right. When human rights defenders and ordinary people documenting wrong-doing have to hide their cameras or record in secret, their work becomes difficult, or even impossible.

And for many people, exercising their contemporary right to free expression regularly involves taking out their camera or cellphone and filming…,,
Read more: Click on the link below

The Right to Record Recognized at the United Nations