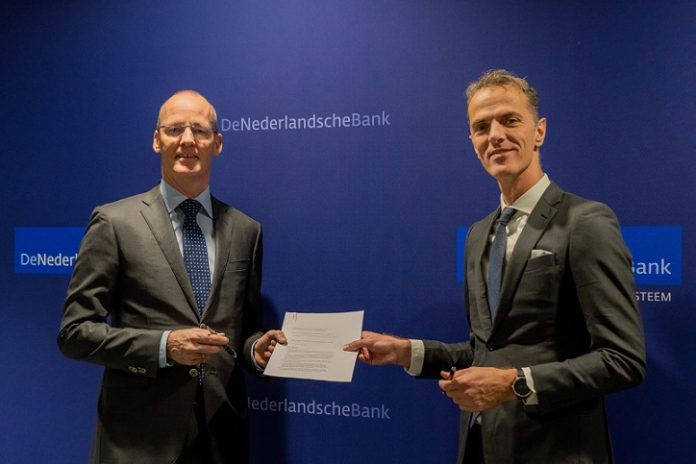 The letter of intent stems from the Memorandum of Understanding (MoU) between the Central Banks of the Kingdom of the Netherlands and the Autoriteit Financiële Markten.

The aim is for these consultations to be held between the respective bank presidents at least once a year. The central banks intend to strengthen their collaboration at the operational and technical level and will be making concrete agreements to that end.

The CBCS and the DNB also want to make it possible for employees to complete (part of) their (development) program working at the other party’s institution and for CBCS colleagues to participate in the courses offered by DNB Academy.

The letter of intent signed today will be reviewed every two years. The first such assessment will take place one year after its signing, i.e., in December of 2021.