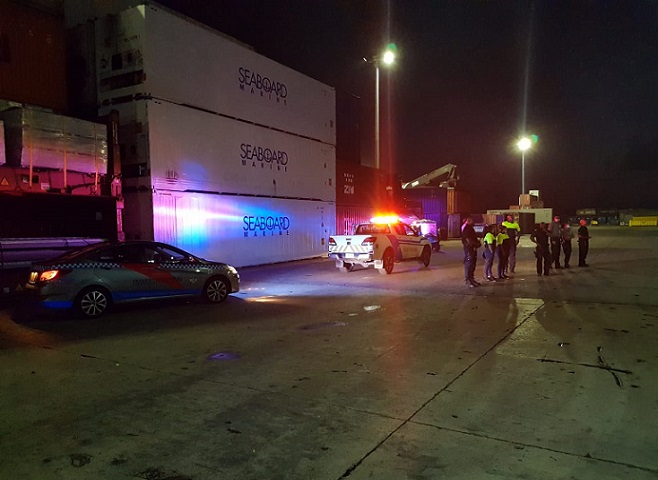 A multi-disciplinary team consisting of Immigration, customs, police (KPSM) coastguard and Department of Maritime and Shipping, carried out a joint inspection on a sailboat that had entered the island on in the evening of November 4th 2020.

This control was carried out on information received from several sources that, captain of the boat would be smuggling illegal immigrants into Sint Maarten. The control that was carried out at the harbor in Point Blanche on the sailing vessel, took several hours. It later turned out that nothing illegal or illicit was encountered on board the vessel.

This investigation is still ongoing.

Alpha team made another arrest for Drugs smuggling

The Alpha team have been kept busy with the ongoing investigation into drug smuggling that have taken place earlier this year.  On Tuesday November 3rd 2020, the team arrested a man with the initials E.A.B. (59) for his involvement in drugs transport.  Before being transported to the police station a house searches were conducted  at the residence of the suspect.

During the search, several items relating to the investigation were encountered and confiscated. The suspect remains in custody, pending further investigation. This investigation into drugs smuggling via the airport and harbor is still ongoing.

The Alpha Team is a jointly multidisciplinary Team that is comprised of the Police Department KPSM, the Customs Department, the Immigration Department, the Koninklijke Marechaussee and the Coast Guard.