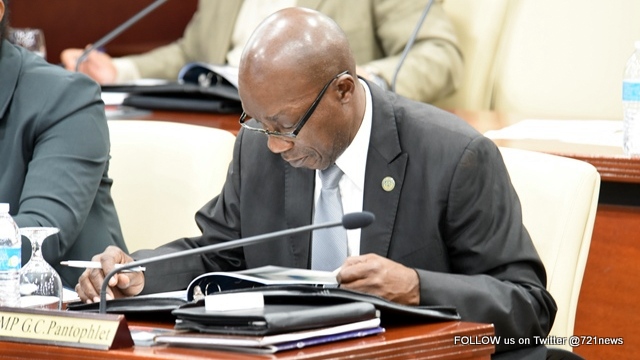 I am hearing experts declare on the one hand that we are colonies and on the other hand, we are not colonies. I will say that we are suffering from neocolonialism. It means the practice of using economics, globalization, cultural imperialism and conditional aid to influence a country instead of previous colonial methods of direct military control (imperialism) or indirect political control (hegemony).

Hegemony by definition means, leadership or dominance, especially by one state or social group over others. There are other definitions but will suffice with this one and extract what is applicable to us in the Kingdom.   Fact is that the process of decolonization for us was never completed.

St. Maarten is asking for the process of decolonization to be finalized. As I stated prior, let me identify some factors of neocolonialism used by the Dutch government (conditional aid to influence a country); one of them being the establishing of the Kingdom Law for Financial Supervision and the others such as article 26 and 29 of the Kingdom Charter which requires their permission and a so called connectedness with the Kingdom to enter international loan agreements.

Now we are threatened with the proposed Caribbean Reform Entity, dubbed the Coho that infringes on the Fundamental Human Rights of our people which is the freedom of choice. I want the people to be cognizant of the fact that we are being told that we are not intelligent enough nor possess the capacity and integrity to manage our own affairs.

The Dutch government is trampling on the Democratic rights of the people of the islands.  Many years ago, prior to entering the political arena I wrote an article entitled “the Re-colonization of St. Maarten”.

I had no knowledge of the Kingdom Charter at the time but developing events made me come to this conclusion. Today I have more knowledge and it is clear that the Kingdom Charter is a colonial document and an instrument to maintain control of these islands. The late Da Costa Gomez and others fought hard to even get us recognized as citizens since the Dutch did not want to consider us equal or give us a nationality.

As a matter of fact, I learnt that it was a struggle during the meetings of the United Nations to get approval from the administrators of which Holland is one of them to give the peoples of the islands equal rights. To be honest the struggle continues. People of St. Maarten our struggle is not only about finances but the eradication of hundreds of years of slavery.

A serious attempt is being made to further undo the limited autonomy that we have. The discussions on the third tranche have begun. It is now or never.