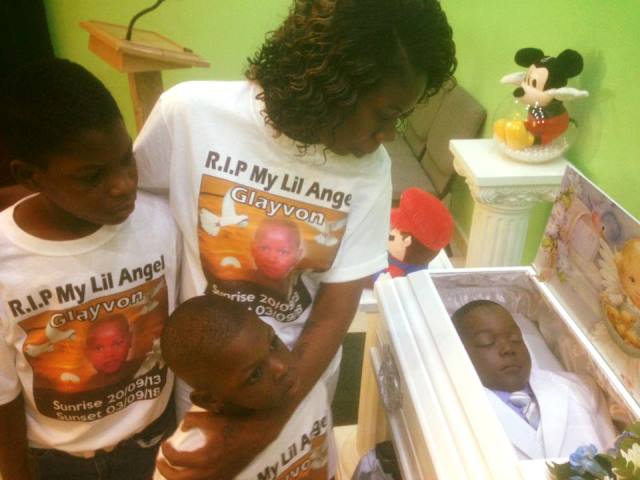 PHILIPSBURG, St. Maarten – The death of four-year-old St. Maarten boy Glayvon Bartlette will continue to be unsolved and his mother will have to carry on without answers about why her little angel was snatched from her in September 2018.

Little Grayvon’s death is blamed on ingestion of methamphetamine, an illegal drug in the same class as cocaine. How this child came into contact with crystal meth on St. Maarten will remain a mystery forever.

The Prosecutor’s office has slammed the case shut by telling his mother Latoya Bartlette in a letter:

This is because “after careful review we have come to the assessment that further investigation will most likely not lead to more clarity in the situation.”

“Regretfully, we have not been able to ascertain which individual might have given your son drugs, or which individual might have left drugs unattended leaving around, for your son to take accidentally. In this respect, it is relevant to mention that most XTC-tablets are usually colourful and have symbols, things that may draw children’s attention,” said the Prosecutor in a letter to Grayvon’s mother.

“I can imagine this decision may be difficult for you, or that you feel disappointed that justice couldn’t be served in the case of your son. We feel that too. If it would benefit you, do not hesitate to contact our office so that we can set up a meeting to talk about it,” read the letter from the prosecutor.

The Prosecutor’s Office extended sincere condolences to Grayvon’s still grieving mother on her loss and said it is hoped she “will find the strength to process your grief.” This was in the same letter telling her they will not pursue finding the person/s responsible for her little son’s death.

The Prosecutor’s letter states when Grayvon was treated in hospital, “the doctors observed unusual measurements in his blood. Analysis in a laboratory established that your son’s blood contained traces of Methamphetamines, Barbiturates and Amphetamines. Those substances are usually associated with the Ingestion of XTC or other synthetic drugs.”

Those findings immediately triggered an investigation into the surroundings of your son. “Many witnesses, including you, have been interviewed by police officers. Also, further analysis was conducted into the substance in your son’s blood. It confirmed the results,” states the letter.

The police have finished the investigation and have delivered a case file to the Prosecutor’s Office.

“We can say with enough certainty that your son at some point must have ingested an XTC-tablet or a similar drug. It is very likely that this happened a maximum of several hours before he was transported to hospital.    It is also likely that this occurrence happened in his personal surroundings, therefore close to home,” the prosecutor said.

Sharing her grief in September 2018, Bartlett said, “I so lost right now because my child was joyful. He went school good. The whole week he was good in school. Everything was good and they say he had da longer in he system he woulda bin dead longer … if he had da from like school hours it wouldda start react on him. Is a strong dose. He get ova dose … he was only four year old. He was making five on de 20 a September,” said the mother who is convinced the overdose happened when her son was in the care of his father and his girlfriend.”