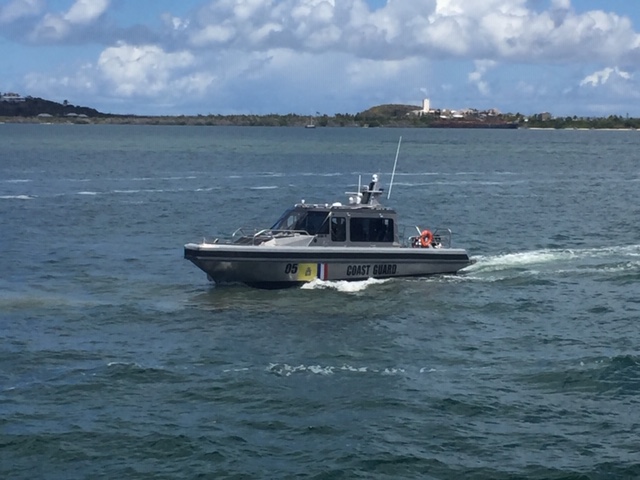 The Director of the Dutch Caribbean Coast Guard, General Peter Jan de Vin, the Minister of Justice, Mr. Cornelius de Weever and the Head of the Coast Guard substation, Mr. Jocelyn Roberto Levenstone expressed their satisfaction with the project during the official ceremony where the commissioning of the four new Metal Sharks took place.

These interceptors will become an asset to the Coast Guard with their fully-enclosed pilothouse which offers added protection for the crew, special glass which gives perfect visibility and full systems for night operations. The four new interceptors will collaborate to keep the beaches and seas safer. 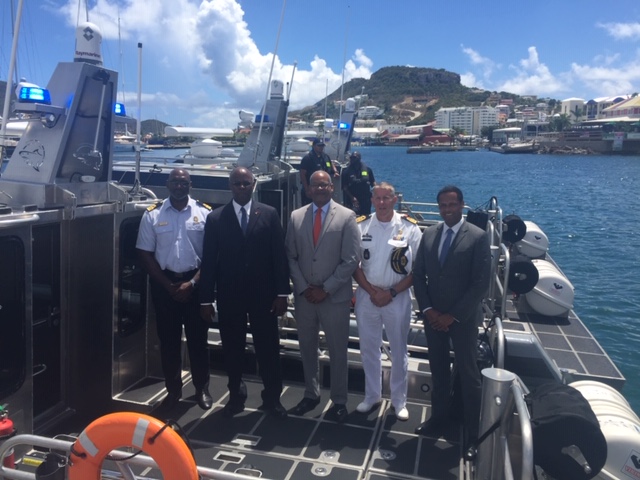 Among the guests present were officials from the St. Maarten and Saba government as well as the Governor of St. Maarten drs. Eugene B. Holiday, a group of 10 students of the Kidz at Sea program and local media members. After the inaugural ceremony, the guests were invited on board of the cutter Poema which sailed in Simpson Bay lagoon where the Metal Sharks gave a demonstration of agility and speed.

With the delivery of these four Metal Sharks, the DCCG now has twelve Metal Sharks operating in the territorial waters of Aruba, Bonaire, Curaçao, St