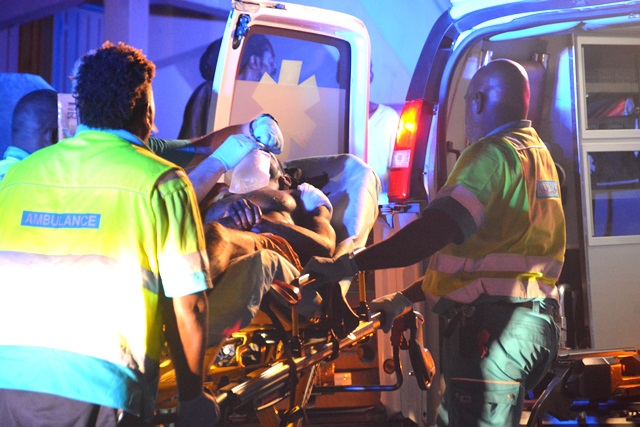 Video #1: The victim Clive Benjamin is been attended by paramedic.

ST PETERS, Sint Maarten (KPS)– The Police and Detective Departments are presently investigating a shooting incident which took place on March 9th at approximately 10.00 p.m. on the Tangerine road in Sint Peters.

Numerous callers informed the Emergency Dispatch that they heard several shots being fired behind of Desam Supermarket on the Tangerine road. The callers also stated that they could hear someone calling out for help. Immediately several police patrols, Detectives and paramedics were sent to the scene to investigate what had taken place.

On the scene the investigating officers located the male victim who was bleeding from multiple gunshot wounds to his body. He was immediately attended to by the paramedics in order to be able to be transported to the Sint Maarten Medical Center. The area was immediately cordoned off in order for the Forensic Department to collect evidence and for detectives to speak to potential witnesses. 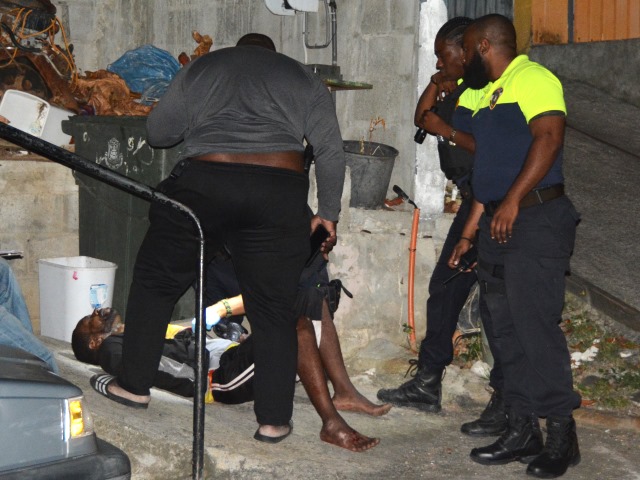 On the scene the investigating officers learnt that suspect in this case was the brother of the victim identified with initials R.B. The suspect was arrested shortly after in the area of the shooting. He was immediately taken to the Police Headquarters in Philipsburg where he remains in custody for further investigation.

The cause of the shooting is still unknown. More details in connection with this investigation is unavailable at this time.