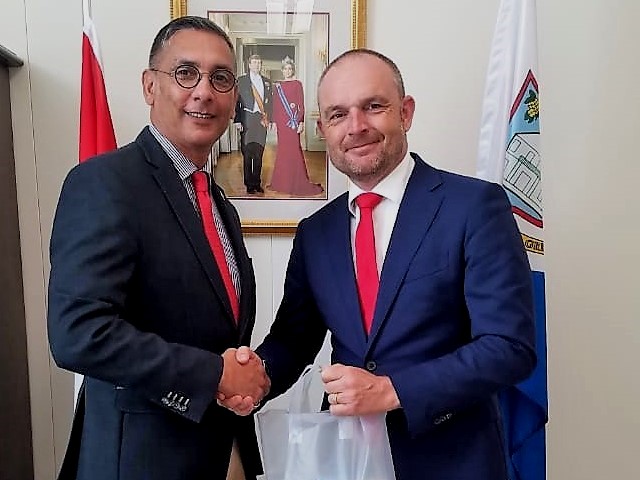 Minister Geerlings said his connection with Director Van Deele, was of particular interest because he [Geerlings] was the instructor for a course, “Introduction to St. Maarten,” three years before in the St. Maarten House in The Netherlands when Van Deele and family were preparing to travel to St. Maarten to take up his post as the Governor’s Cabinet Director.

Minister Geerlings extended best wishes to the outgoing Cabinet Director on his future endeavours and thanked him for his service to Country St. Maarten during his tenure as Governor Eugene Holiday’s Cabinet Director.