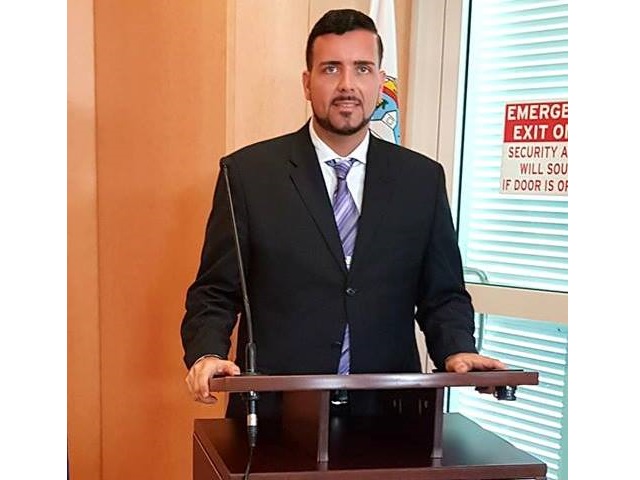 PHILIPSBURG—The increased number of containers along the Island’s Main Road, particularly in Sucker Garden and on the “Ring Road” and Walter Nisbeth road, is of great concern to Tourism, Economic Affairs, Traffic & Telecommunication (TEATT) Minister, the Honourable Stuart Johnson, who says a “container jungle” along the roadside is not what the island needs at this time.

Johnson said the containers posed a safety risk and pointed to many cases where vehicles utilise some areas where the “container jungles” are growing for unknown purposes at night. He also noted that the unsafe manner in which some containers are stored also puts motorists at risk.

Minister Johnson said he would be sending a letter to the Principal Importers/Shipping Companies, asking for their assistance in reaching out to their clients who utilise the roadside as a staging depot, admonishing them to begin the process of removing these containers.

He will also be asking for updates on the progress made to repair warehouses, which will eliminate the need to store containers on the roadside. After the principal importer/shipping company releases a Container, the responsibility falls on the business to ensure that they offload and store their goods.

“I am aware that there was a need for businesses to find alternatives to stock and offload containers in the aftermath of hurricanes Irma and Maria in 2017, as many warehouse facilities utilised by local businesses were destroyed,” said Johnson. He said, “However, we have now seen a huge increase of containers along the roadside, and besides being an eyesore for the tourism destination; the situation has created some security concerns that simply cannot be ignored.”

Johnson indicated that repairs to over 4000 square meters of critical areas at Port SXM’s Cargo Facility are completed. This was necessary to ensure that the Port could properly manage container arrivals after the hurricanes.

Johnson also expressed concern over the length of time containers will be stored in these areas stating, “With St. Maarten being prone to hurricanes, we cannot wait until we are closer to the hurricane season to start asking people to remove these containers.”

This according to Johnson is also in keeping with the need to ensure that “we clean the island” in the aftermath of the most devastating hurricane in the island’s history.

Johnson expressed these same sentiments several months ago after taking office. He reiterated his earlier comments stating, “The cleanliness of St. Maarten is and should remain a concern for everyone.”

“What may have been a temporary solution simply cannot become the standard practice. Leaving this issue unaddressed, will only serve to increase the already high number of containers stored on the roadside,” said Johnson.

Johnson said his ministry was working diligently to attract tourists back to the destination and suggested that a collective effort from Government with the support of the public and businesses is needed to give the destination the look and feel of an island that is ready to welcome guests.