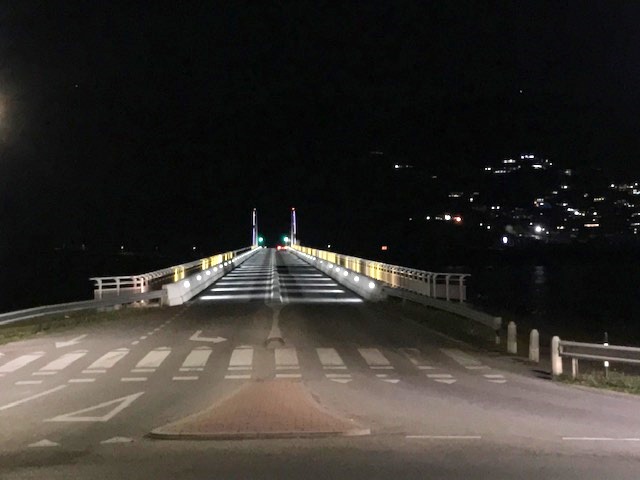 SIMPSON BAY – The Simpson Bay Lagoon Authority announces that the Simpson Bay Causeway Swing Bridge recreational lights along the sidewalks as well as street lights have been repaired and are operational.

The Causeway Bridge is used on a daily basis by recreational walkers, runners and joggers.

A better lit area ensures safety and security of those who make use of the Causeway on a daily basis.

Minister of Tourism Stuart Johnson welcomed the news on Thursday that the recreational lights along the sidewalks as well as street lights are functioning again.

“The Causeway has become very popular for people who like to exercise and are making good use of the aforementioned as it offers a level of safety for one to carry out their exercise activities.

“Besides the Causeway being a very important transportation route, it also serves as an area for recreational activities such as walking, jogging and running which is good for one’s health,” Minister Johnson pointed out on Thursday.

After the passing of Hurricane Irma in September 2017, the lighting system suffered damage and only a few were working. Based on assessments that were carried out, a plan was put in place to repair the damaged, defected and corroded lights.

These repair works took place during the first two weeks of January.

The Swing Bridge on the Causeway is 220 feet long and weighs 450 tons.  The Causeway has a total length of 2493 feet and features a two-lane motorway, a bicycle track, footpaths and two round-a-bouts at the Airport Road near the end of the runway and at Union Road near the border.