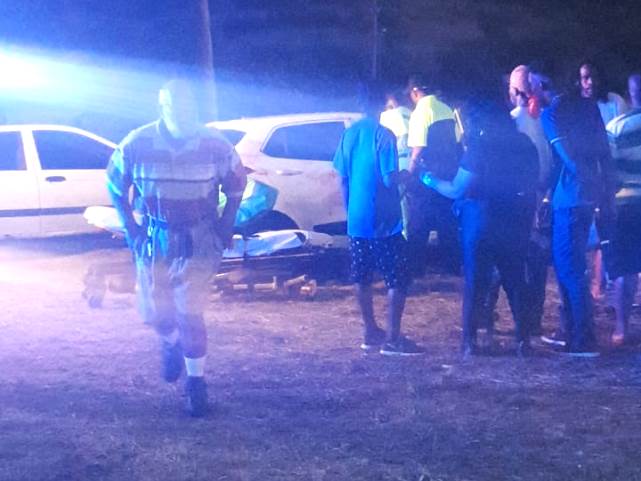 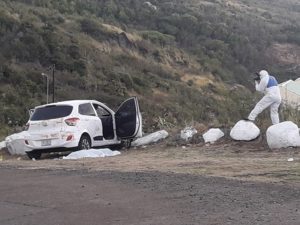 Immediately several police patrols, Detectives, Forensic investigators and paramedics were sent to the scene to investigate what had taken place.

On the scene the investigating officers encountered the two male victims who were bleeding severely from gunshot wounds to their upper body. Paramedics immediately went to work giving the victims first aid however, one of the male victims stopped reacting to the treatment he was given and died on the scene. The second victim was transported in critical condition to the Sint Maarten Medical Centre where he was immediately taken to the operating room.

The crime scene was immediately cordoned off by the investigating officers for Detectives to speak to potential witnesses and for the Forensic Department to collect evidence. What exactly took place and who the suspect(s) are that are responsible for this shooting is still unknown. Dr. Mercuur arrived at the scene and pronounced the death of the victim.

*BREAKING NEWS* Information reaching our newsroom is saying a shooting took place close to a Adult entertaining center in Oysterpond area One is said to be dead another is fighting for his life. 721news.com