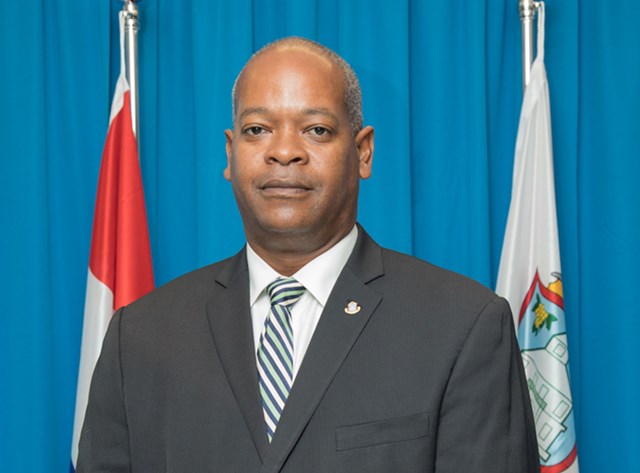 POND ISLAND – November 25 marked International Day for the Elimination of Violence against Women and launched the global awareness campaign of 16-days of activism that will conclude on December 10, International Human Rights Day.

Minister Cornelius de Weever says: The 25th of every month has been designated as Orange Day by the UN Women campaign ‘Say No, UNiTE,’ which was launched in 2009 to mobilize civil society to magnify the impact of the campaign, UNiTE to End Violence against Women.

“Those who take part in the campaign all over the world are encouraged to wear a touch of orange in solidarity with the cause as the colour symbolizes a brighter future and a world free from violence against women and girls. The 2018 theme is Orange the World: #HearMeToo

“Every woman and girl deserve a life free from violence.  I call on our communities to where a touch of orange starting today for the next several days as part of 16-days of activism, to also show your solidarity with Sint Maarten girls and women and those all around the world.

“Eliminating violence against Sint Maarten women and girls requires all of us to take action. I would like to commend the Safe Haven Foundation for its November Domestic Violence Awareness Month campaign where it profiled the issue.

“Let us as a community work together in creating an environment of zero tolerance for any form of violence,” Minister of Justice Cornelius de Weever said on Thursday as the world observes 16-days of activism that culminated on December 10.

Violence against women is as serious a cause of death and incapacity among women of reproductive age as cancer, and a greater cause of ill health than traffic accidents and malaria combined, according to figures of the United Nations (UN).

One in three women and girls experience physical or sexual violence in their lifetime, most frequently by an intimate partner, UN figures show.

The Declaration on the Elimination of Violence Against Women issued by the UN General Assembly in 1993, defines violence against women as “any act of gender-based violence that results in, or is likely to result in, physical, sexual or psychological harm or suffering to women, including threats of such acts, coercion or arbitrary deprivation of liberty, whether occurring in public or in private life.”

UN Women says Violence against women and girls (VAWG) is one of the most widespread, persistent and devastating human rights violations in our world today remains largely unreported due to the impunity, silence, stigma and shame surrounding it.