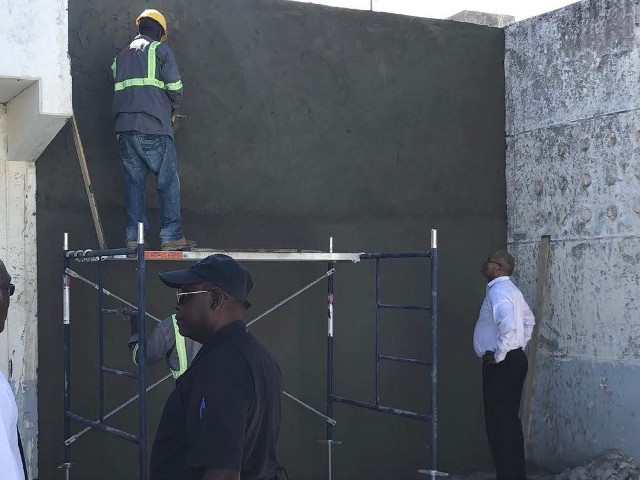 POINT BLANCHE, Sint Maarten — Minister of Justice, Cornelius De Weever recently visited the House of Detention in Point Blanche to view the ongoing repairs being made at the facility. Urgent renovations are being carried out to the roof, corridor walls and courtyard walls. Independent Consulting Engineers NV (ICE) is carrying out the construction project management and site supervision.

Due to the damage caused by Hurricane Irma in 2017, many of the St. Maarten prisoners were transferred to Curacao and the Netherlands, as the facility could not maintain them all. Once the current work at the facility is completed, the prisoners will be able to return.

Minister De Weever stated that he is satisfied with the works being carried out in order to bring the facility up to par. “It is important that the House of Detention is properly repaired prior to receiving our inmates back from the Netherlands and Curacao, because St. Maarten has to abide to International Human Rights Standards of which St. Maarten is signatory to via the Netherlands,” said Minister De Weever.