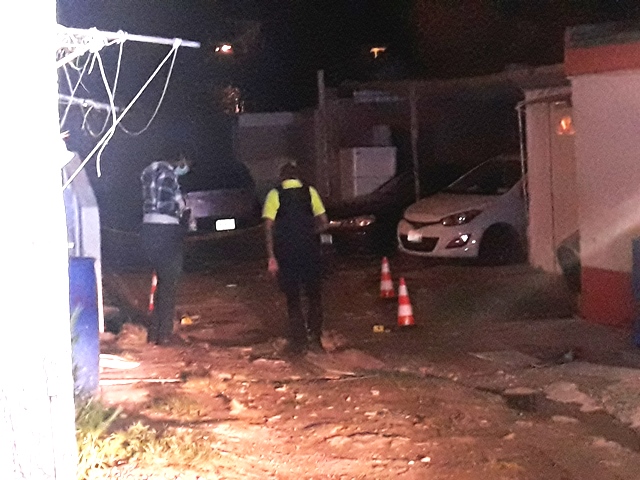 SUCKERGARDEN, Sint Maarten — On Saturday December 29th after 04.00 a.m. the Emergency Dispatch received a call informing them of a shooting which had just taken place on Pin Cushion cactus Drive in Sucker Garden, in the vicinity of Lulu’s Garage. Immediately several police patrols, Detectives, Forensic investigators and paramedics were sent to the scene to investigate what had taken place.

On the scene the investigating officers encountered the victim who was shot in his left arm and left leg who stated that he was awaken by a knock at the front door. When he opened the door he was suddenly attacked by two unknown men, one of them carrying a gun. He was threatened by the man with the gun who ordered him to handover his money. He refused to do so and ran away from the robbers.

The victim returned to his home shortly after and saw that the suspects were still at the home and they were busy stealing his scooter. The robbers then fired several shots at the victim injuring him in his left arm and leg. The robbers fled the scene taking the scooter with them.

The victim was treated on the scene by paramedics and then taken to the Sint Maarten Medical Centre for further medical treatment. The area was immediately cordoned off by police to allow detectives to speak to potential witnesses and the Forensic Investigators to collect evidence. The victim has been admitted to the hospital for observation.