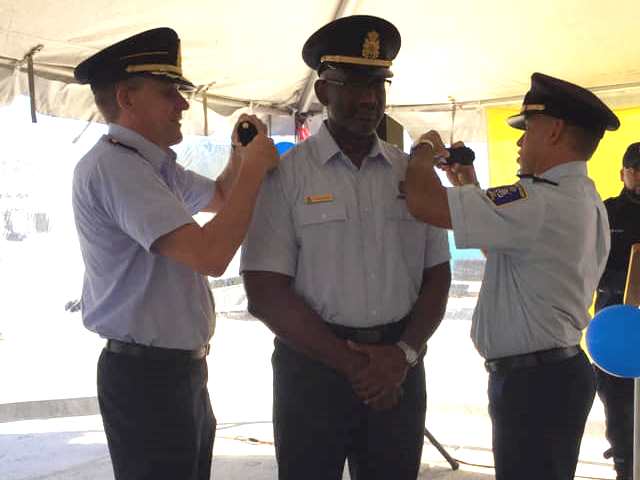 The general wished Mr. Werleman all the best in his future endeavors, which was followed by a loud applause from all present.

Mr. Werleman thanked everyone and especially his personnel for their support and friendship during his years with them. He expressed an extra appreciation for what he called’ the backbone’ of the substation.

Mr. Levenstone remarked in his acceptance speech that he looks forward to this new challenge to further the work of the Coast Guard in Saint Martin. To continue forging and strengthening the relationship with the stakeholders to make sure that the borders of Saint Martin are protected.

The acceptance speech was followed by the swearing in of Mr. Levenstone by the Minister of Justice, the honorable Mr. de Weever, in the rank of extraordinary policeman.