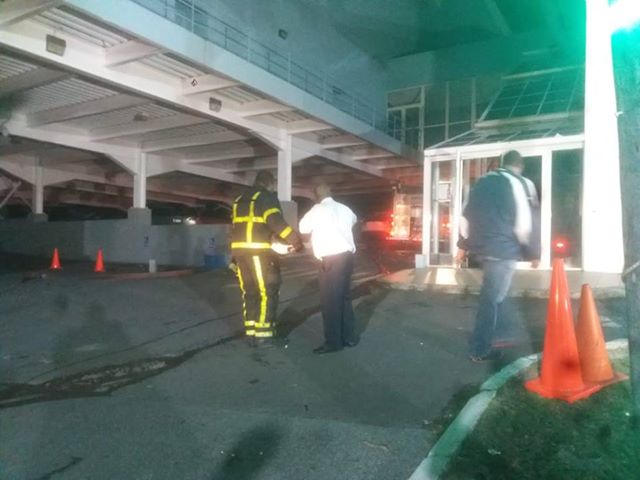 COLE BAY, Sint Maarten — On Saturday December 1st at approximately 06.30 p.m. several police patrols and fire fighters were directed to Caribbean Cinemas on Welfare road to investigate several reports of a fire at that location.

On the scene the investigating officers saw that the fire was coming from a storage room/ electrical breaker-room located under the parking garage of the cinema. The fire produced a lot of smoke. All visitors were immediately evacuated from the area.

Traffic on the Welfare road was stopped to provide safety for motorists passing by and to allow the fire fighters to extinguish the fire. Within short the fire was under control and finally extinguished. Traffic was allowed to flow normally once again.

There were no injuries during the fire and the manager of the establishment stated that she had no idea what caused the fire. For safety reasons and due to the fact that cause of the fire was unknown the cinema was shut down temporarily.