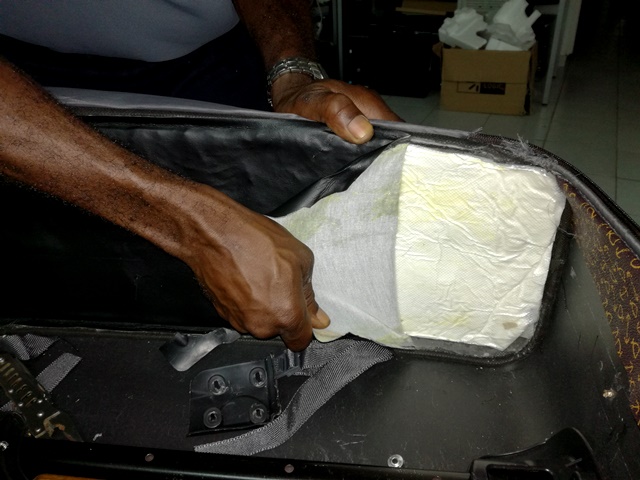 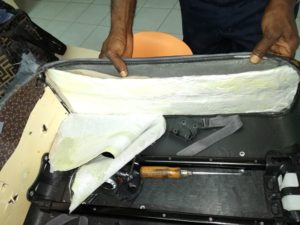 AIRPORT — On Sunday November 4th, during another intense and routine control, Custom Officers at the Princes Juliana airport confiscated  (2) packages of cocaine weighing +/- 2135 gram, Gross, from a passenger with initials I.C.S. a Dutch national from Curacao.

The two packages were hidden inside his suitcase. The suspect arrived on the Winair flight from Curacao and have been arrested.
No further information can be given as investigation is ongoing.

On Saturday October the 27th Custom Officers at the Princess Juliana airport during a intense and routine control gave a fine to a Jordanian National with initials D.Y.B. departing to Panama. The passenger was travelling with US$ 71.700,– and  didn’t declare his monies to the Customs officials. All fines are ordained by the Public Prosecutor.

Intensified controls will continue at both airport and harbor locations.