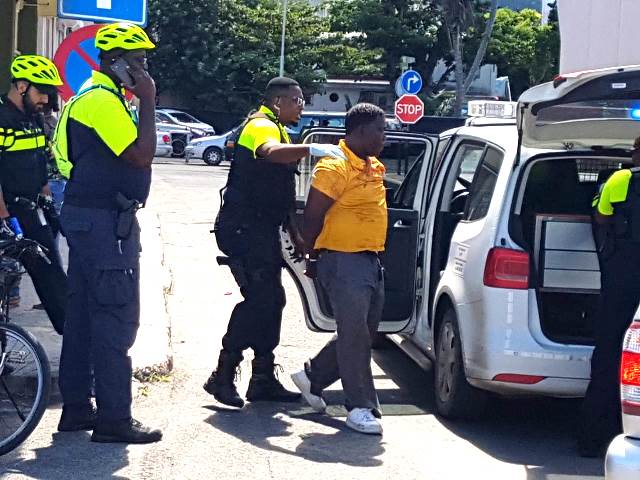 PHILIPSBURG, Sint Maarten — Detectives are presently investigating a case involving two men identified with initials R.N.R. (29) and J.A.A. (24) who were involved in a very serious fist fight on the public in street in front Queznos restaurant located on the N. Debrot Street.

A police bike patrol was to the scene to investigate the situation after receiving several calls of the ongoing incident.

The reason for the fight could not be established at the moment however, both suspects were arrested and taken to the police station in Philipsburg and turned over to the detective department for further investigation.

Both suspects were treated at the Philipsburg Police Station by the paramedics and were detained for questioning.