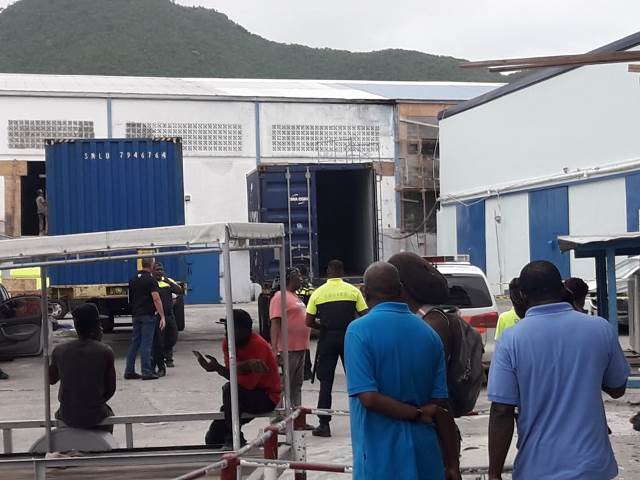 COLE BAY, Sint Maarten — The Special Unit Robbery is presently investigating an armed robbery which took place on Friday October 12th at approximately 03.30 p.m. at an establishment located behind of the PDG building in Orange Grove known as the Drywall Building.

According to information a lone gunman walked into the building, pulled a firearm and threatened the manager that he would use his weapon. The gunman went on to demand the money fro0m the manager. After receiving the money the gunman shot the manager in one of his legs. The robber the walked out of the establishment en jump into a white SUV with a French license plate and drove away in the direction of Orange Grove road.

The victim was treated on the scene by paramedics and then transported to the medical Center for further treatment. More information in connection with this case is unavailable at this time. The police department is however asking anyone who may have information that could help in solving this should contact the police department by calling 54-22222 ext. 213/214