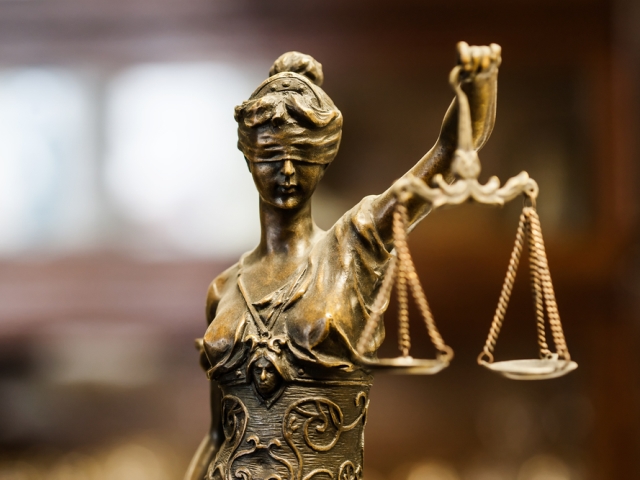 PHILIPBSURG, Sint Maarten — Imagine gathering your life’s earnings and belongings, moving to St. Maarten with your young family  in the hope of legally starting a new life, away from a collapsing economy and encroaching poverty in your native country, only  to be defrauded by the company hired to facilitate your resettlement.  This is what happened to Emimar Minguet Carvajal and Wilmer Alfredo Lizardo Calderon after they hired the company Brightpath to help them legal move from Venezuela to St. Maarten back in 2016.

Brightpath claims to specialize in business incorporation, business license, and helping obtain residency permits. An official complaint for fraud and forgery have since been filed by the police fraud department against Brightpath and its CEO  Vivian Chamas by the couple to get justice and to re-coupe the almost US $55,000 that was paid to the company.

Emimar, an actress by profession, and Lizardo a mechanical engineer, moved to St. Maarten, along with their two children, on August 11, 2016  to operate a cake shop, Cake & Co.  The idea for this business stemmed from the fact they were already baking and selling cakes from their home in Venezuela. According the two, the intention was continue on St. Maarten and to do so in a legal manner and so they hired Brightpath, a company that was advertising their services in Venezuela. They added that Mr. Cesar Miguel Rondon was the one heavily promoting the company.

“At that time, the political and economic situation of the country (Venezuela) were extremely harsh. People had hard times just trying to get food and medicines. And people was being sent to jail just for having a different point of view than the government´s. There´s even people put in jail just for tweeting comments against the government,”  the couple said in a statement to 721News.

The two also added that in April 2016, Brightpath had a “special offer” that stated that if you came to St. Maarten during the month of April, Brightpath would pay for your hotel and plane. The then made arrangements to come to the island at that time to discuss and make arrangements for the way forward. Plans were made and proposals drawn up at the time.  Five thousand (5000) US dollars was then paid to Brightpath on April 18, 2016 to facilitate the business incorporation, business license, director’s licenses, company’s tax registration and business registrations.

According to official documents 721news received shows the second payment made to Brighpath was for US 30,123.24. This money was also for the architectural company, which was recommended by Brightpath, to get paid  US $25,973.25 for the store remodeling, painting, wall stickers, equipment including: oven, mixer, displays, working tables, chairs, lamps, tables, stereo, speakers, etc. and for payment of  US4,160.75 for  the three month deposit for the store lease.

Emimar and Lizardo made another payment of US $ 9242.76 to the CEO of architectural company on July 15th to bring in equipment for the store from Miami. Another US 10,000 was paid to Brightpath on August 2, 2016 to start the application process for the residency permits for the family members.

Despite all the money that was spent, by January 11, 2017 and after being in St. Maarten for five months, Emimar and Lizardo did not have a business license nor residency permits. They found out from the Department of Economic Affairs that the license was ready for pick-up but needed to paid for. This fee was an additional US$2000.

The stalling continued with architectural company unable to deliver the shop in an operational form even down in October 2016. These delays continued to cost Emimar and Lizardo funds that were difficult to come by. The two then requested compensation from architectural company for the loss of profit. When the proposed agreement came back from that company, Emimar and Lizardo were not satisfied and then requested a meeting with Brightpath CEO Vivian Chamas.

“We didn´t receive the payment by that date, so we contacted Vivian Chamas once again and explained the situation. She asked us to meet her at her office because she had some important information for us. At her office she provided us with a set of invoices that architectural company gave her. Thanks to these invoices we found out that many of the items from our store were purchased online (in the US) and at a lower price that what he charged us. Also that day, I went to PDG (a local supplier of restaurant and hotel articles) and found out that the majority of our equipment were purchased there, on August 18th (we were already on the island), and with an overprice averaging 70%,” the couple noted.

They added that the matter took a twist after Brightpath’s CEO Vivian Chamas arranged a meeting with attorney Cor Merx.  “(In) that meeting, she introduced us to him, and said that he was going to represent us against architectural company since it was architectural company fault the delay of almost 60 days before the store hand over. It was verbally agreed that any expenses for Mr. Merx´s services, were to be covered by Brightpath. At the end of the meeting, Mr. Merx said he was going to send a letter to architectural company asking for our compensation. This letter was to be sent within one week. Also Mrs. Chamas made a compromise to provide attorney Merx with all the necessary information about the case, that afternoon,” the couple noted.

Days passed before they could reach Mrs. Chamas to find out of the lawyer has sent the letter. This was not the case and Mrs. Chamas requested that information be resent to her. At this time Emimar and Lizardo were late with the rent payment and facing possible eviction.  On November 4, 2017 the couple got another response from the CEO of Brightpath that she had not gotten a response from attorney Cor Merx.

“We were angry and desperate, so we decided to let her know that, that afternoon, we would post everything on Facebook, even with her name and the name of the company,” the couple indicated, while adding that an hour later they got an threatening email from attorney Cor Merx and they then decided to go to police.  They filed a complaint for fraud and one for forgery where the BrightPath CEO is accused of falsifying their signature on tax and SZV forms.

Emimar and Lizardo subsequently had problems securing a lawyer reportedly because of the pressure in this case.  In the meantime, they have received an invoice from Cor Merx  for $899  for “Intake and meeting client request Chambers of Commerce” and “Correspondence client about treath of her client. Tel conference. Drafted letter to her client.”

Emimar and Lizardo eventually found a new lawyer in the firm of Huisman Law and Collection Firm. Since the matter was not amicably resolved and no proof was given that the business license and residency permits are ready, the couple has filed an official complaint on January 13, 2017 and on February 8, 2017 at the Police station in Philipsburg and up to this date nothing has been done to bring justice to the two business owners.

They are still waiting over a year for the Prosecutor office to further the investigation and bring justice to their situation.