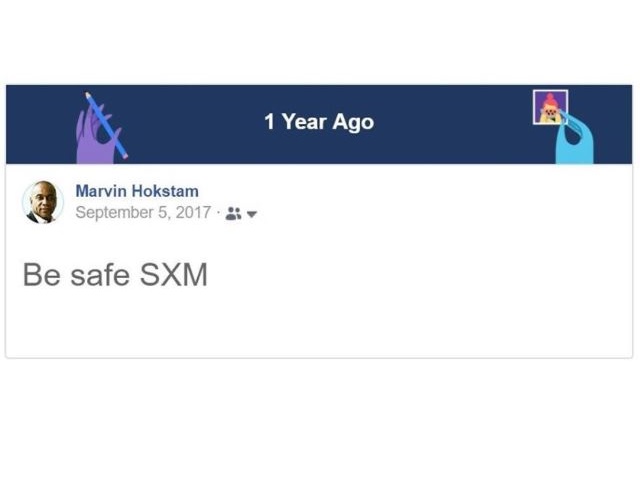 It’s exactly one year ago that I spent a night twisting and turning in bed here in Amsterdam because the island where I spent most of my adult life was about to get trampled by a hurricane. And rightfully so, because when day broke and photographs of the destruction Irma left in her wake started to emerge, I cried.

I do not have blood-relatives on the island, but those friends that became my fam are irreplaceable! #famisnotalwaysblood.

I got pissed a few times at people who would ask me stupid questions like “you don’t have any family there anymore do you?” Or “aren’t you happy you’re not there anymore?” (If you sent me one of those questions, you now know why I did not respond ;)) To be clear, while I liked being a rolling stone that gathered no moss, SXM was more home than anywhere else ever.

I remember the first days of being worried sick because I could not reach certain people. And the elation when they finally answered their phones.

It troubled me that SXM and the other islands that were ravaged by hurricanes last year, faded from our collective interest quickly in this fast-paced environment where there is always some disaster happening.

And ask yourself: have we done all we can? You can’t prevent a hurricane, but have we held those powers that be accountable … those countries that really cause the climate change driven disasters that our small island states are duped by … Have we demanded that they take their historic responsibility?

Or have we moved on to cry again next time a disaster hits? #thinkaboutit

Marvin Hokstam is a former The Daily Herald journalist, who now resides in Amsterdam where he runs AFRO Magazine