PHILIPSBURG — Director of 721 News website Gromyko Wilson has been summoned to appear before a Judge in the Court of First Instance on October 24 to answer charges of insult, exertion of violence against on-duty police officers and disobedience of police orders. 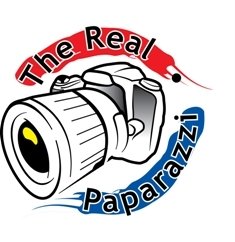 Wilson, also known as “The Real Paparazzi,” allegedly committed these crimes while reporting on a fatal traffic accident at L.B. Scott Road on August 13.
Wilson allegedly declined to follow police orders and disregarded a police barrier tape reading, “Police line, do not cross.” He refused to comply with orders to stand behind the barrier tape and to give the emergency services some room.

According to the indictment, Wilson had called out to two Dutch police officers on the scene, telling them: “Motherf****** Dutch police think they can do what they want,” “It does not work like that over here, you don’t know who I am,” “You don’t know who I am, you will be back in the plane to the Netherlands tomorrow,” and “You do not decide where I stand and what I do.”

He was arrested and allegedly resisted the two officers who wanted to take him to the police station by starting a fight with them. According to one of the officers, Wilson injured his left index finger and scratched his right arm and hand.
Wilson was also injured during the altercation. He said he had pressed charges against the officers who arrested him.

Whereas the Prosecutor’s Office was quick to summon him to appear in Court two months after the incident, this appears not to be the case when police officers are accused of exerting violence against members of the public, Wilson said.

“The public is always the victim in cases against the police,” he said, referring to the case of St. Maarten police officer A.H. who was slapped by a Dutch police officer during an argument in a business opposite Festival Village on March 29.

“This case has still not gone to Court and the police officer in question has already returned to the Netherlands,” Wilson claimed. “As soon as the police is the victim the case goes to Court quickly, but when the police is the aggressor cases take a very long time before reaching the Court, as the Police Department of Internal Affairs takes a long time to investigate.”

Gromyko Wilson and his lawyer Shaira Bommel in front of the police station after Wilson was summon to give a statement to the Dutch detectives he use his rights to remain silent under protest. Dutch detective took on their own to investigate him but refuse to investigate their own after a Dutch police allegedly slap his own colleague of KPS officer Angie Henson and pepper spray and abuse Tour Guide owner Almorie Hodge earlier this year. None of these cases and previous abuse cases was formally finalize to be brought to court by the Prosecutor office.