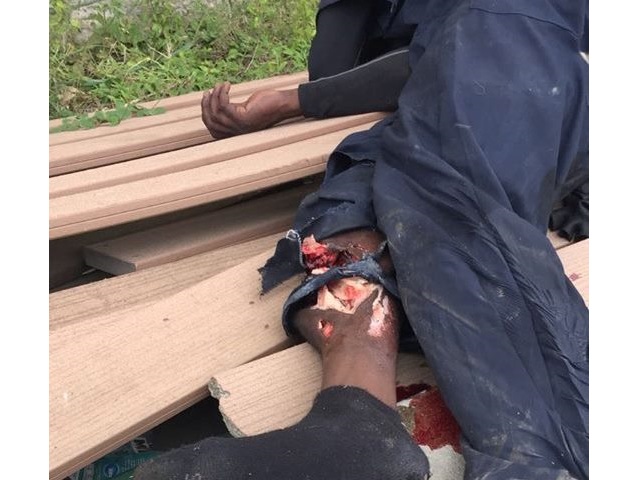 EAST END, Tortola, VI – A robbery in the East End area went horribly wrong earlier this evening, August 4, 2018, when two ‘would-be’ robbers, were instead nabbed by public spirited persons and relatives of the intended victim, and dealt a sound thrashing.
Reports just reaching our news desk, is that a businessman was allegedly being robbed by two men.

According to reports, public spirited persons in the area observed what was transpiring and quickly took action and immediately caught one of the ‘would-be’ robbers.

He was inflicted a beating during which he suffered a broken leg.

The other bandit was also reportedly nabbed by public spirited persons and he too was dealt a sound thrashing.

Police and medical services were subsequently called in and it is believed that the ‘would-be’ robbers were taken to the Peebles Hospital for medical treatment.