Home Headlines & Top Stories MINISTER JOHNSON ADDRESS URGENT DISMISSAL OF PJIA HOLDING BOARD
Share on Facebook
Tweet on Twitter
PHILIPSBURG, Sint Maarten — In addressing the intention of the Shareholder to terminate the service of the Supervisory Board of the Princess Juliana International Airport Holding (PJIAH) Company, Shareholder Representative, and Tourism Minister Stuart Johnson stated it was essential to address the “precarious situation” at the airport.
On Tuesday this week, the Council of Ministers held an urgent decision-making session that was attended by members of the Supervisory Board of Directors of Princess Juliana International Holding Company NV (“PJIA Holding Company”). The main subjects of discussion were the existing bond loan of the 100% subsidiary of PJIA Holding Company, (“the Operating Company”) and undertaken/ necessary measures to safeguard the well-being of both companies.
While the Council of Ministers initially decided to dismiss the Supervisory Board Members of PJIA Holding Company, with immediate effect, in further deliberations and considering all interest at hand, it amended that decision.
The amended decision states, “The Members of the Supervisory Board of the Holding Company are placed on notice of the intention of the Shareholder to terminate their function, as soon as possible. The Shareholder will further seek the advice of the Corporate Governance Council on this subject, forthwith. Meanwhile, the Members of the Supervisory Board of the Holding Company are placed on nonactive duty for a period of up to two months, starting August 1, 2018.”
The shareholder decided that the interest of PJIA Holding Company, the Operating Company, and Country Sint Maarten will be protected by immediately and in any case expeditiously replacing the entire Supervisory Board of PJIA Holding Company. In case of immediate dismissal, logically no advice can be requested and as such obtained beforehand from the Corporate Governance Council.
In the interim, the Managing Board of the PJIA remains in place, and three individuals have been appointed to temporary positions as Supervisory Board Members, to ensure that urgent work needed for the return of the airport to full function, can be done.
The Shareholder has identified these individuals as Michel Hodge, Patricia Lourens, and Cleveland Beresford.
Johnson stated that returning the Airport to full operation, will curb the rise in unemployment and prevent airlines from cancelling flights to our destination. It will also bolster confidence in the hoteliers, who have already committed millions of dollars to rebuild their properties in anticipation of the return of a robust tourism economy.
Johnson said, “In understanding the urgency of our airport’s reconstruction and its significance to St. Maarten’s economic revitalization, and securing our hub function in the region, the Council of Ministers carried out its principal duty which is to protect St. Maarten’s interest.”
He said, “The reality St. Maarten faces today on the reconstruction of the airport almost a year after it was devastated by hurricane Irma on September 6th, 2017, just cannot be ignored.” 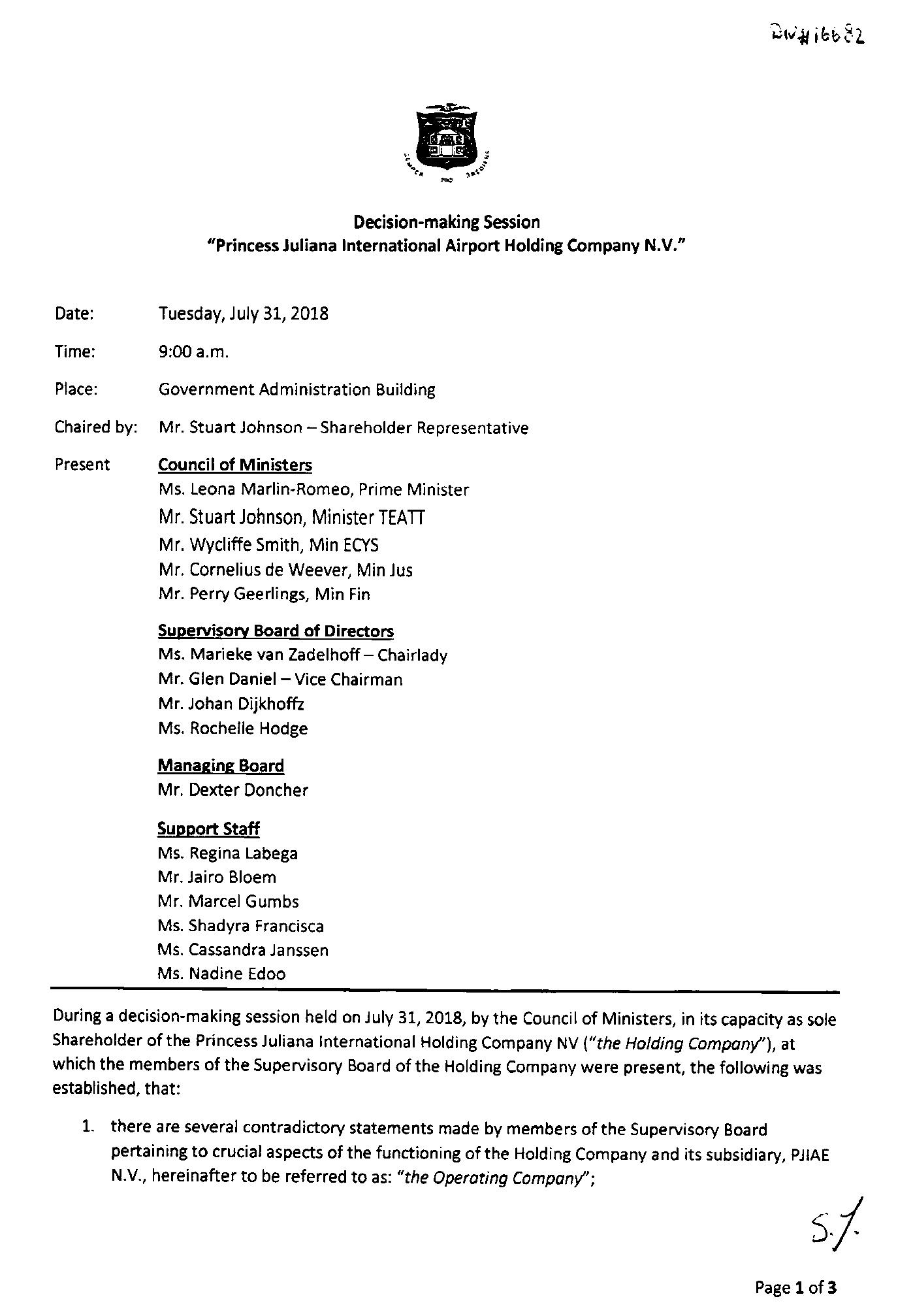 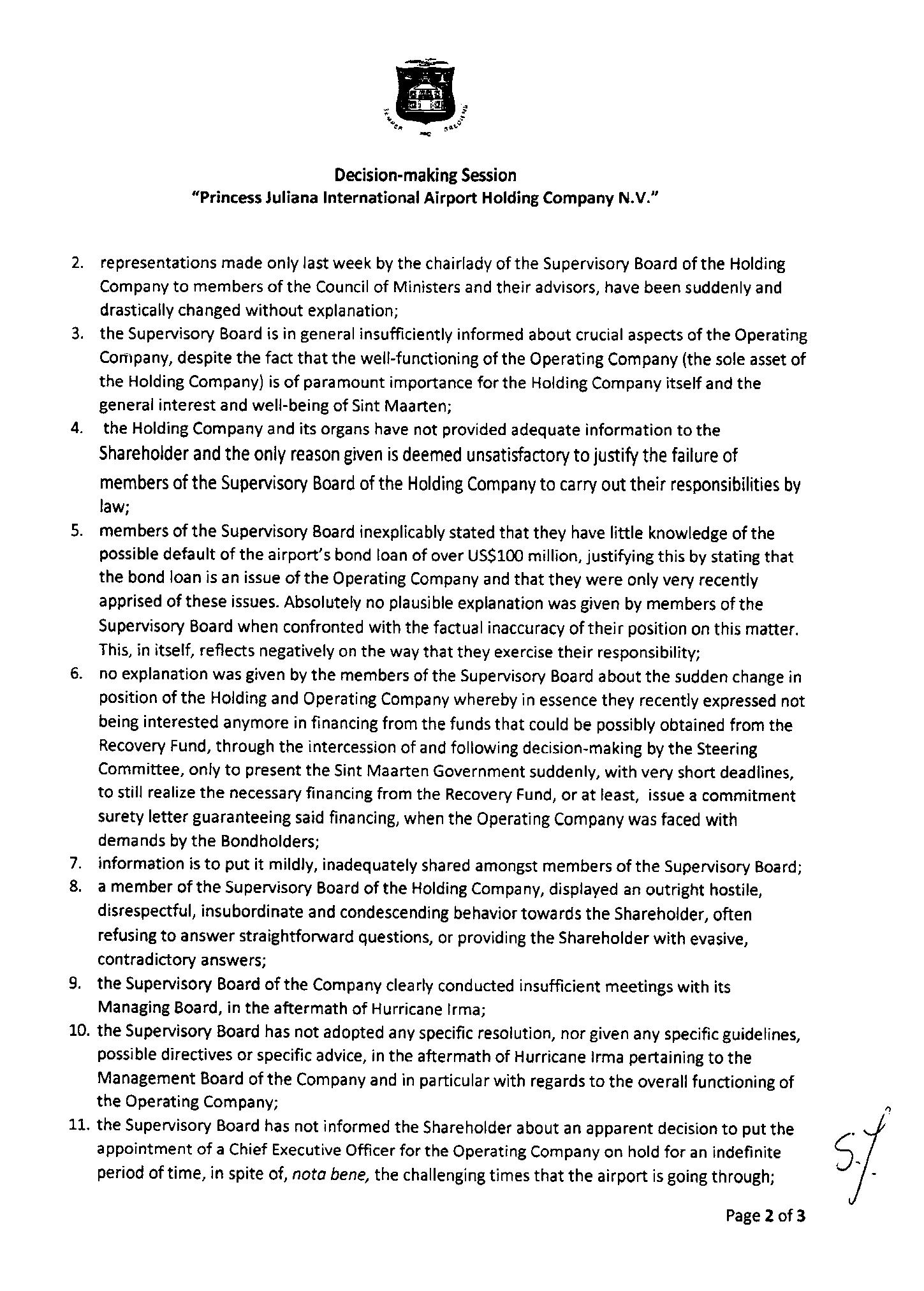 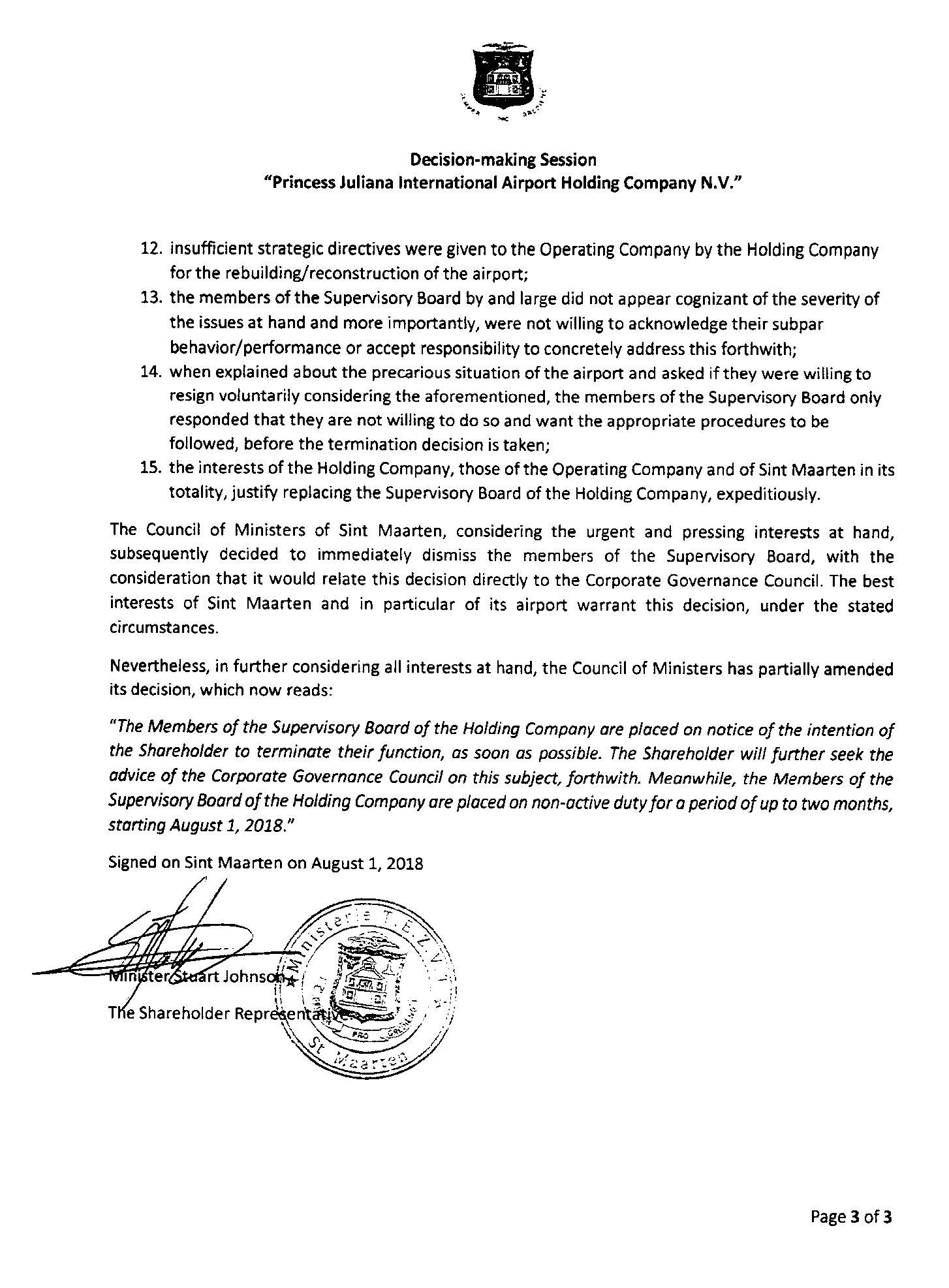