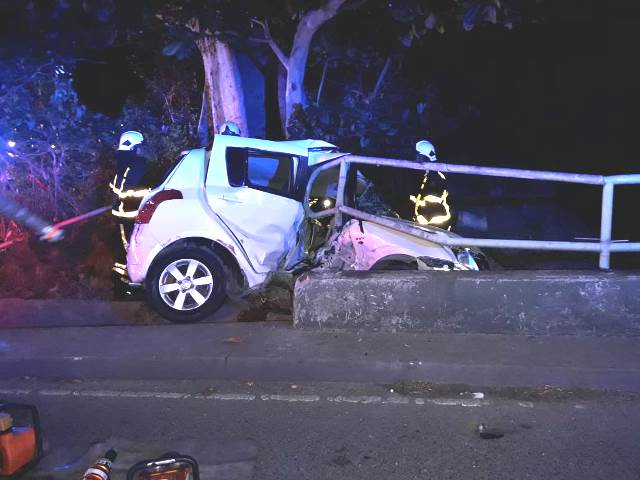 Due to high speed the driver who was later identified as 20 year old Jean Rony Virgile lost control of his vehicle and crashed into the guardrail of a small bridge at that location with as consequence that he suffered massive trauma to his body and head of which he died shortly after.

Several patrols that were directed to the scene diverted traffic from the L.B. Scot road into and from the Reward, Sint Peters and Betty Estate areas in order for the Police Traffic department, Fire department and Paramedics to conduct the investigation and provide the necessary assistance. The Fire Department had to make use of the “Jaws of Life” in order to have the body of the victim removed from the wreck. Dr. Mercuur who arrived on the scene pronounced the death of the victim.

The investigation into what exactly the cause of this fatal accident was is still ongoing.