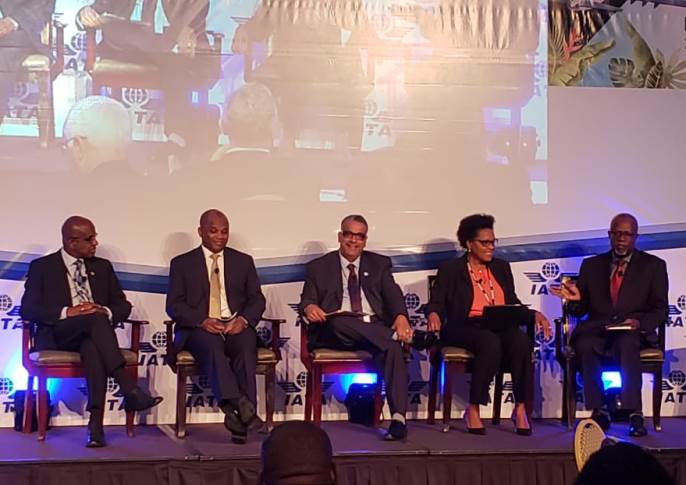 The chat is a traditional flagship panel at IATA Aviation Days, bringing senior executives of the aviation industry together to discuss some of the challenges that the industry has faced over the past year and is likely to face in coming years.

The overall goal of the panel was to get the panelists to shed light on how they have met or plan to meet those challenges.

Daryanani took the opportunity to update the panelists and delegates on the current operations at the Princess Juliana International Airport following the 2017 hurricanes.

“Maybe Hurricane Irma did one thing for us, it allowed us to hit a reset button on how to reach out to our airlines, VIP services, partners and neighbors on the French side,” he said.
He further revealed that a Memorandum of Understanding has been signed between the authorities of Dutch and French St. Martin, forging a bond for both sides to work together in efforts to market the island as one destination.