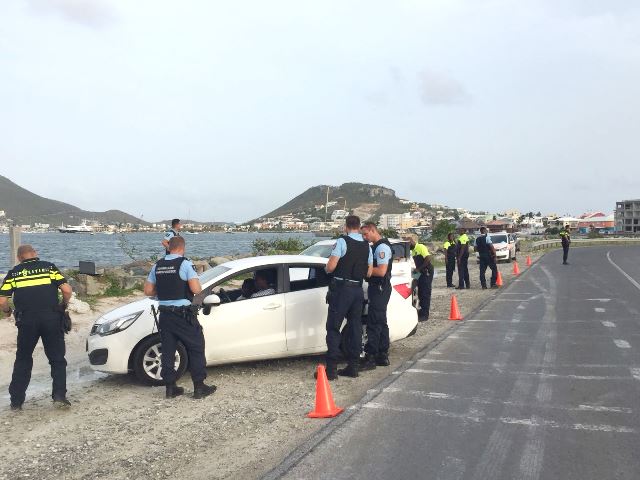 PHILIPSBURG, Sint Maarten — On Thursday July 26th 2018 the Police Force of Sint Maarten including members of the Dutch National Police along with members of the Royal Dutch Marechausee and the French Gendarmes held a general joint control at various locations on the island. These controls are being held to maintain and strengthen the already good working collaboration and cooperation between the various law enforcement departments.

The controls are being held in connection with a number of general controls that have been planned and are scheduled to be carried out before the end of 2018.  The control on Thursday started at 04.00 p.m. and lasted until 08.00 p.m. with following results: A total of 52 vehicles were subjects to the general control. 10 fines were issued, tint was removed from four vehicles and three vehicles were towed.