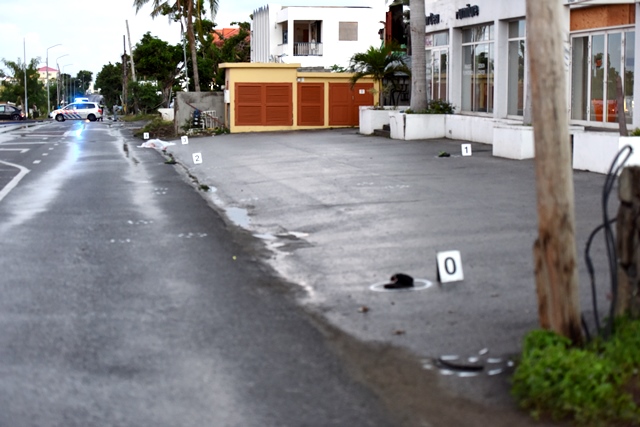 PHILIPSBURG, Sint Maarten — J.F.A. from St. Maarten confessed to his mother and brother that he was the hit and run driver who caused the death of Roy Flanders on the morning of Saturday, January 27, 2018.

The family of J.F.A. contacted the deceased’s family and explained what occurred as told to them by J.F.A. He promised to give himself up to police, but that did not happen. 721news was reliably informed by close family members, that they were not happy that J.F.A. did not keep his promise to turn himself in.

The family of Roy Flanders then decided to pass on the information to a law-abiding citizen within the community, who alerted the investigating team (Police Traffic Department), who at that point did not have any leads on who the suspect was in the hit and run.

The investigating team contacted the Prosecutor’s Office and Ms. York – mother of the deceased – give a statement on what happened. Police contacted J.F.A. and at his home he admitted that he was the driver who caused the hit and run.

721news would like to remind that at the time of the accident, police pleaded with the community to help them solve the case by giving any information that could lead to the arrest of the person responsible for this accident. The key information in solving this case was given by the public.

From reliable sources, 721news understands that after the Prosecutor’s Office and the investigating team discussed the case. Street lighting in that area was one of the major issues that led them to a decision regarding J.F.A.’s fate.

Special conditions were put in place for J.F.A, and probation was also given to him. In a press release issued by the KPS police force, it is not mentioned exactly what the conditions are, and how long his probation was set for, or if his driver’s license was revoked for a time.

Below you can read the press release issued by police:

The Police traffic department has released the information that the suspect in the fatal hit and run traffic accident which took place on Saturday January 27th 2018 at approximately 04.00 a.m.   on Union road in the vicinity of Ace Mega Center causing the death of Roy Flanders, who was known to be mentally challenged, has come forward.

The suspect in this case had left scene of the accident and did not report it to the police department The suspect identified with initials J.F.A. gave a complete and accurate statement to the traffic investigators of what exactly transpired that night.

The prosecutor dealing with traffic cases who was continuously updated with the progress of the investigation was also informed of the statement given by the suspect.  After reviewing the entire case it was concluded that this case was purely an unfortunate accident and based on the statement given by the suspect and on the request of the mother of the victim, the prosecutor decided not follow through with any prosecution and ordered the case closed.