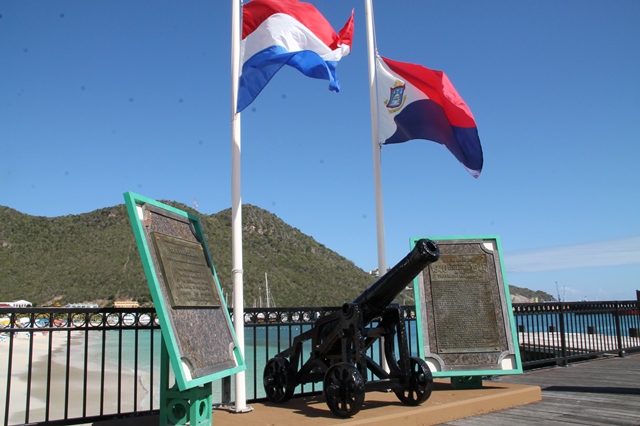 PHILIPSBURG, Sint Maarten — Today Friday, May 4, 2018 the Government of Sint Maarten recognizes Memorial Day, (“Dodenherdenkingsdag”). This day is recognized throughout the Kingdom of the Netherlands in remembrance of military and civilians who died during World War II and military personnel who died during military operations among which  peacekeeping missions, since World War II.

During that day the Military, Police, VKS and the Youth Brigade will participate in a silent march procession from Clem Labega Square towards the Captain Hodge Wharf. A short ceremony will take place in front of the repositioned plaques that commemorate the local names that have fought for our freedom within the Kingdom. Two minutes before the official program begins the bells will toll by the surrounding churches in the Philipsburg area, which will end at 5:00 p.m.

There will be an official wreath laying ceremony by the (Acting) Governor, Prime Minister and President of Parliament. The program includes a prayer by Father Rawlins which will lead to the two minutes of silence, followed by a tribute poem by Ms. Maugada Jackson. The general public is invited to come to this event to pay tribute on a day the nation of Sint Maarten shows appreciation of our Freedom.