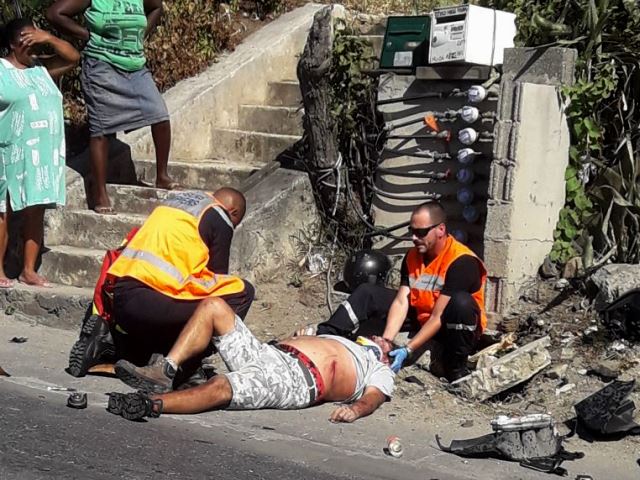 MORNE VALOIS, Saint Martin – At approximately 3:00pm, today, Thursday, March 15, a frontal collision between two scooters occurred. The accident took place on Pleasure Road in Morne Valois. The first driver, 20, died on the spot. The other was taken to the hospital, in serious condition.

In a statement, the Gendarmerie gave details of the accident. “Today, Thursday, March 15, 2018, at 15:10, the Saint Martin Gendarmerie Operational Center received a phone call signaling a serious road accident from Accreditation to Marigot. 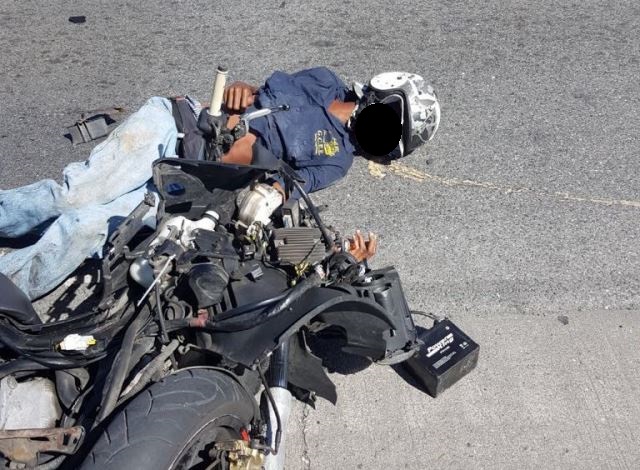 Gendarmerie patrols proceeded quickly to the site, and noted the presence of two seriously wounded, and immediately proceeded to provide relief to the victims. The firefighters quickly took over, and administered life-saving techniques to the two wounded.

“Unfortunately, despite the care provided, a victim died on the spot, a young Saint Martinois, aged 20 years old. The other traumatized victim was transported to the Louis Constant Fleming Hospital.

“According to the first elements of the investigation, the two scooters violently collided in a frontal impact,” according to the gendarmerie statement. Source: Le Pelican.

VIDEO of the scene: