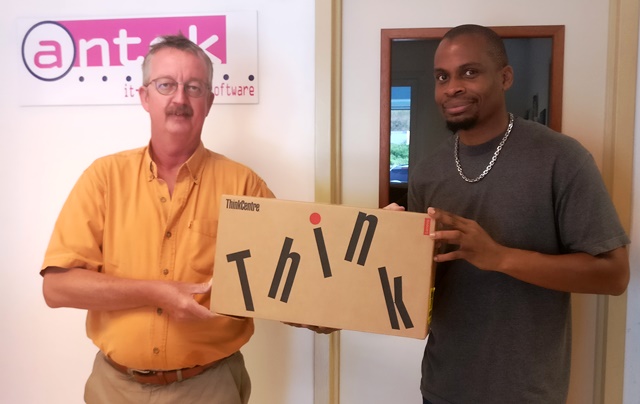 CAYHILL, Sint Maarten — When Antek’s Leo Ligthart and Lenovo’s Mike Abplanalp met with management and IT department of Foundation Catholic Education earlier this year they were told the story of the damage to the Sister Marie Laurence School with hurricane Irma.

The subsequent looting of the computer systems that survived the storm and that there was a need for a temporarily server until the school will be rebuild. Mike right away pledged to donate a suitable system.

After Antek received it they prepared it for use as a server and it was handed over to Romigio Gumbs of the IT Department of Foundation Catholic Education, who will take care of the installation and setup of the network.