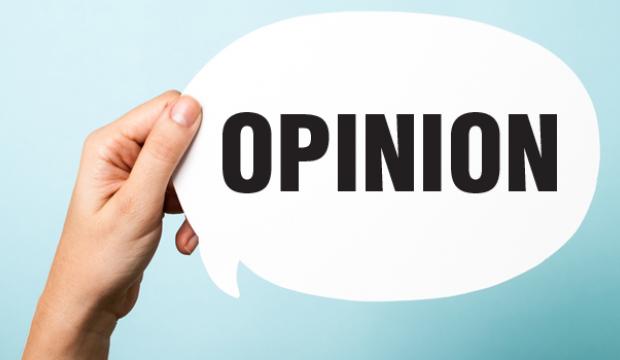 When making up your mind to vote and you want a clean government that respects Integrity, Justice, Democracy and the Rule of Law, do not vote for any candidate who was targeted as a suspect or as a person of interest in any criminal investigation. You can check this via the FB page of the Public Prosecutor that continuously provides information about Court cases and the Judge’s verdict.

The traditional old time political parties, under whatever new name they regrouped themselves, that participate in the upcoming elections tend to prolong their longtime political family dynasties by putting family members on their list so their political and economic interests are safeguarded.

Be aware that these young candidates are put there for face value, to look as if the older parties are rejuvenating themselves and are passing the “baton” over to younger better educated persons. They are no more than puppets on a string, constantly manipulated by the old timers, and cannot make a step on their own, without their boss’ approval.

The old timers that served decades long years under the Netherlands Antilles and now 7 years under the 101010 status are trying to mimic and copy the role played by the late Betico Croes of Aruba, who while being General Adviser to the ExCo, and carrying no direct political responsibility, never needed to give account or be held accountable in the Staten, but still called all the shots and would remove anyone from his/her position if they went against him. Here the claim is: He/She is “my” minister and has to carry out the private agenda of the party leader.

Through the political families and their social economic foreign allies a kind of clan system or political tribalism has been established, pushing the voters further into division or fragmentation because most voters feel they need someone in government that can help them so they choose to become dedicated clients in a well knitted patronage system. And as was said publicly in a Staten meeting, all of them “know their place” and will not become power contenders or fierce-full competitors in a quest to seek and bring about much needed Social and Political change.

To the contrary: these family members feel more than any one else that as their God given right, they are entitled to continue to plunder the scarce financial resources without following any rules and regulations, disregarding well established policies and worse disregarding all established law, while in the meanwhile upsetting peoples livelihood without any inhibition of a social conscience or restrain by their publicly proclaimed Christian Beliefs

Hence the far too many that have acquired a well acknowledged and certified Master’s Degree in the Art of Brown Nosing, their reward mostly being acquiring a well paid position on the government’s payroll, and using that guaranteed income to run their private business during government’s Office hours. Hence the mess government departments are in and the unacceptable steadily deteriorating public services that cannot service the public any longer causing stagnation and paralysis in the community. Hence a parasitic well paid Civil Service that gobbles up nearly 50% of the yearly government budget like a untameable Cookie Monster

So do your own screening and vetting of the 86 candidates on 6 lists. The political leaders, the “owners” of the lists, along with on the back ground the well known big time financial Moguls paying for the campaigns to gain decisive political influence on those in government, have already done their vetting and screening based on loyalty to the interests of the social economic elite.

For candidates nor for Staten members there is no screening ordinance to weed out who gets in or who stays out in accordance to legally stipulated criteria as is the case with ministers. You have to do your own critical screening. Make sure every candidate publishes his/her resume since everyone is applying for the best paid position on the island. Not only their formal education is important but especially their track record which would have to demonstrate if they have prepared themselves for the Staten membership.

Too many people venture into politics totally unprepared for their task without even any basic knowledge of how the political system works or how it was legally designed, and do not possess any basic knowledge whatsoever about how government works, how a law is prepared and established. SXM needs well educated and well prepared people in the highest positions, not people that have to be helped to do their job.

SXM pays a very heavy price for the steep learning curve all these unprepared persons have to go through when they occupy these constitutional positions. Not only for them to educate themselves through training on the job, learning while doing, with the enormous cabinets and large amount of assistants they surround themselves with, costing loads of money without simply getting the job done, but also for the many big mistakes made, that cost a lot more money. Money that could be used for better things that would have produced an effective return on investment.

Not voting, voting blank, or invalid voting is a voter’s choice that will only favor the larger parties since the lower the voter’s turnout is the bigger the chance is that “restzetels” go to the larger parties. That is how legally the seats are divided among the participating parities that got at least the “kiesdeler”. Up to now the turnout has always been around 65%. With all the displacement of persons created by the hurricane, the large amount of evacuees (12.500 on a total of 40.000, nearly 30% of the population) and extremely badly equipped and badly functioning government services, many do believe voter’s turnout will drop , favoring the larger parties. Hence the clustering back of old time elites in one new party.

So if you want change and no more same old same old, vote consciously! Vote for Integrity and Good Governance. Vote for ending the lawlessness by enforcing the existing laws without distinction. Vote for the Rule of Law. Vote for the Common Good, the Common Interests of the Island. In fact vote for real Democracy. Vote for solving all the enduring social ills. Make sure that whoever you mark your red dot behind his/her name is able to bring about all these things in a strong and principled manner.