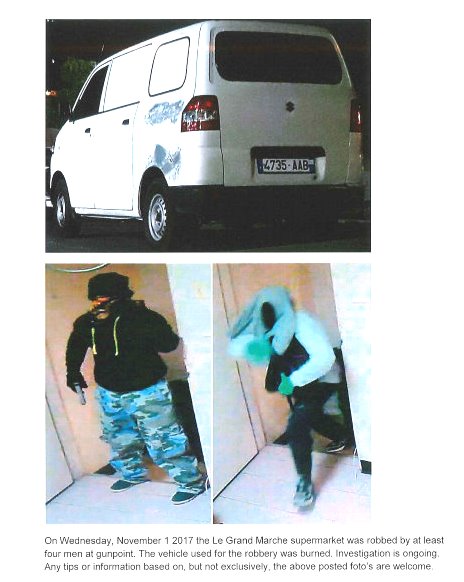 PHILIPSBURG, Sint Maarten – In a press release the police has confirm that on Thursday, February 1st two men classified as armed and very dangerous were arrested by the police department in collaboration with other judicial departments in connection and the assistance of the community with two ongoing  major criminal investigations called “Toermalijn and Droomkwartz.”

These two suspects identified by police with initials V.E.B. and F.J. were apprehended in the area of Oyster pond. Reliable sources told our newsroom that they were involved in Le Grand Marche and Leonard Enterprise armed robberies.

Suspects were taken to the Philipsburg Police Headquarters and will remain in custody for questioning and further investigation.