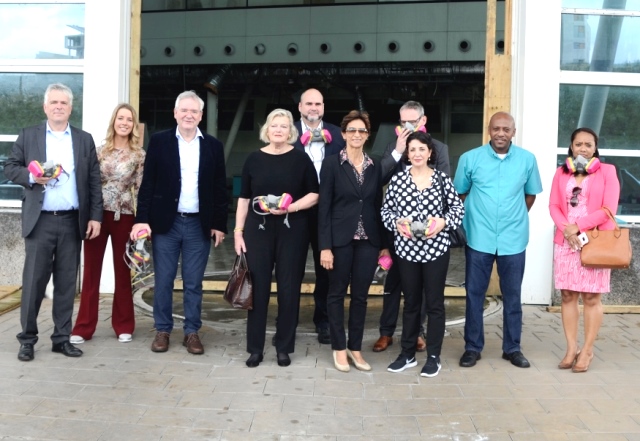 A brief tour of the terminal building of the airport was given by COO and Acting CEO of PJIA, Mr. Michel Hyman, in order for the delegation to get a firsthand look at the damage caused to the airport by hurricane Irma. This tour was followed by an island wide tour through several areas and neighborhoods. Both Chairpersons were touched by what they saw in terms of the damage and destruction caused by Irma. At the same time they were impressed with the progress made so far and the resilience of the people of Sint Maarten.

This visit to Sint Maarten is part of a visit to the Leeward islands to show solidarity and support to the peoples of these islands after enduring hurricanes Irma and Maria just a few months ago. The delegation will also visit the islands of Aruba, Curaçao and Bonaire in the next couple of days.