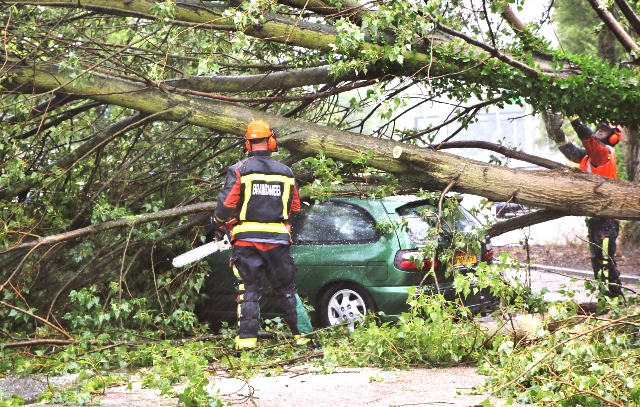 HOLLAND — Thursday’s severe storm, which battered the Netherlands with winds of up to 130 kph, has caused at least €90m worth of damage to private homes and cars, the insurers association VvV said on Friday. The figure does not include damage to company or government property, the VvV said.

In some cases the storm blew off entire roofs and dozens of cars were damage by falling trees, roof tiles and other debris. The death toll in the storm was initially put at three, but this may be revised down to two. Police say they are not certain that the third death – which happened when a man fell through a plexiglass construction – was storm-related.

Health and safety experts are now investigating. Thursday’s storm is likely to enter the record books as one of the worst 10 to hit the Netherlands since records began in 1990.