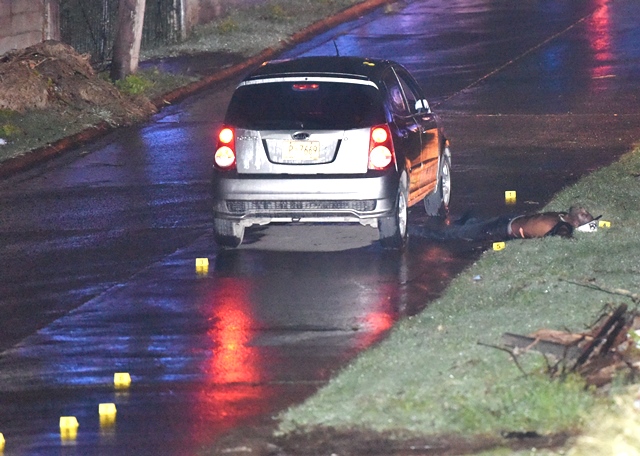 Detectives are presently investigating the fatal stabbing of a man on Genip road in the vicinity of Sunshine Supermarket. The incident took place on Saturday November 18th at approximately 07. 40 p.m. Immediately after receiving this call several police patrols, Detectives, Forensic Department and paramedics were sent to the scene to investigate what had taken place. On the scene the male victim was not showing any signs of life. The area was immediately closed off for the Forensic Department to collect evidence and the Detectives to question potential witnesses.

The suspect identified with initial F. as his last name and who was still at the scene and also seemed to be injured was treated on the scene by paramedics and then taken to the Sint Maarten medical Center for further treatment. The suspect was immediately arrested after treatment. The cause of this stabbing is under investigation. The body of the victim identified with initials D.W has been confiscated for further investigation. More official details this case is not available at this time. As soon as more details become available the media will be informed. 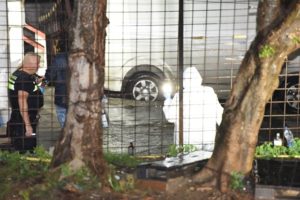 ST PETERS, Sint Maarten – On Saturday, November 18, around 8:00pm, ex-prisoner identified as Derrick Wilson was stabbed / chopped to death after he had an argument, which turned into physical fight with another man, who was identified by some bystanders as Roger “Bubba Charly” Fleming, an ex-VKS’er.

721news spoke to different bystanders who explained to our newsroom that Wilson came to the Chinese shop on Genip Road and instigated a verbal argument with another person, then with  “Bubba,” who was in the shop buying water for his family. 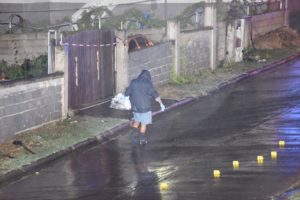 The verbal argument turned into a deadly fight when Wilson stabbed “Bubba” with a sharp object. Bubba, in retaliation, also used another sharp object to chop Wilson.

Wilson, who had just been released from prison, succumbed to his injuries further up the road, on Watermelon Road.

Detectives and the forensic team were seen at the crime scene investigating.

As soon our newsroom receives more details on this latest murder case, we will update our readers.