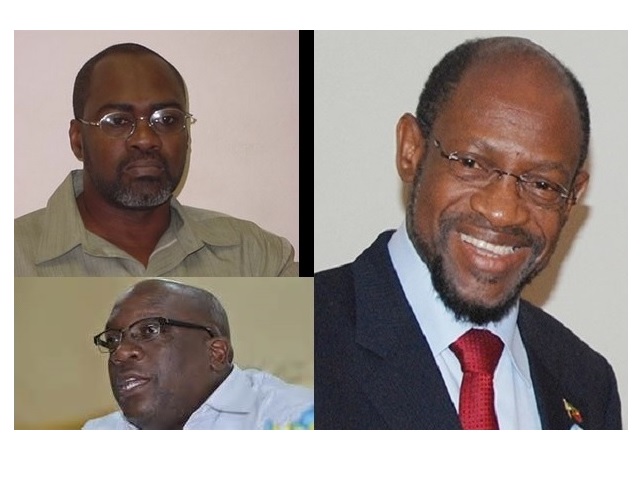 Basseterre, St. Kitts, – The failure of St. Kitts and Nevis’ Prime Minister Dr. Timothy Harris to deal with alleged unaccounted for election campaign funds continues to be a sore point for expelled officers and members of Harris’ People’s Labour Party (PLP) as well as the citizens and residents of St. Kitts and Nevis.

“That is the basis of the beef. Simple,” said ousted PLP chairman, Douglas Wattley, who in a scathing posting on his FaceBook page accused Dr. Harris, his former party leader of lying, hoodwinking and bamboozling party supporters and the country.

“Now that I know what I know, I’ll back Dougie (Denzil Douglas) against Tim (Timothy Harris) any day,”  responded Wattley when asked by Carl Manners if he is going to put Denzil Douglas back in Government Headquarters on Church Street.

“From day one, what we, the members of the original PLP, did not know was that Tim had made the early decision that he only wanted us for the campaign to remove (Prime Minister) Dr. Denzil Douglas. He (Harris) never intended to include us in governing. His choice. He made a choice to relegate us to opposition status. So we are all too please to be the opposition. What’s one more fight?” said Wattley, who with founders and executive members were ousted from the PLP Executive in March this year.

Wattley said that as members of the original People’s Labour Party (PLP), “we believe that we were bamboozled, hoodwinked and outright lied to and cheated by Prime Minister Harris and first leader of the PLP.”

He invited citizens and residents to listen to the songs of both of his brothers, Anonymous (Bernard Wattley and Big Lice (Duncan Wattley).

“Read my comments and then see why we have come to the conclusions we have drawn. Then you draw your own conclusions about the leadership of the PM Timothy Harris. Leadership matters!,” Wattley said.

During the prime minister’s press conference last April, a WINNFM reporter asked Dr. Harris to respond to the allegations of unaccounted for PLP campaign funds said to be over EC$10 million, but he quickly avoided answering the question directly claiming that the press conference was a government event and not a PLP event.

“In fact all you have from those stories are some hearsay. Not one credible bit of evidence has been put in the public domain, so why are we talking about this hearsay and propaganda that people are attempting to put on social media for others to follow. I have taken legal action because ultimately that is where the matter will resolve itself,” Harris told the press conference.

Court sources say however there is no record of court action by the prime minister with regard to the allegation of EC$10 million in unaccounted campaign funds.

WINNFM pointed out to Prime Minister Harris that his former PLP deputy leader Sam Condor, former PLP chairman Douglas Wattley and former secretary Clecton Phillip have been publicly calling for an inquiry into the alleged unaccounted for campaign funds when holding those positions.

The three, who are no longer executive members of the PLP after a new executive was voted in at the party’s convention in March, continue to maintain however, that there is need for an inquiry into the matter.

“Yes, but if it is a question to do with the PLP, please that is a matter already before lawyers and I will not entertain any questions to do with that matter,” he said.

“For the record I am not entertaining that discussion. At an appropriate forum of the PLP, you could perhaps put that to the PLP. I am dealing here as the prime minister with matters relevant to the government and the accusation of members, whoever they are, of the PLP have no bearing on the functioning of this government and they are not matters that I raised or matters that I figure a press conference of the government should be diverted to,” prime minister Harris replied.

It is now eight months after and Prime Minister Harris is yet to call a PLP press conference.