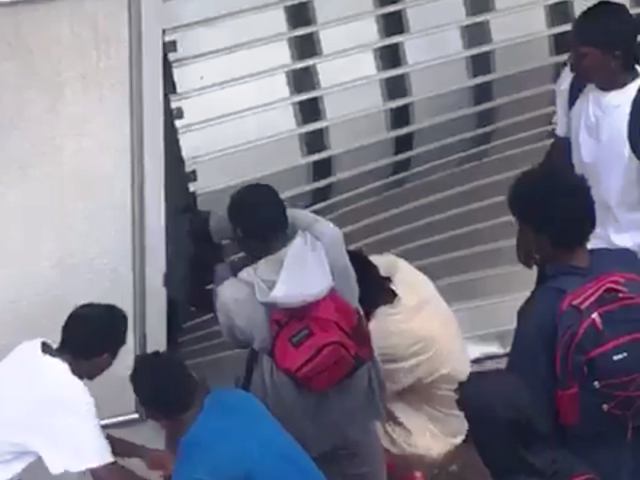 PHILIPSBURG, Sint Maarten — Based on the popular video which was posted on Social Media in the aftermath of hurricane “Irma” in which it was clear to see how a group of youngster intentionally made forced entry into “Boolchands” a major electronic and jewelry store located on Front Street.

This store did not suffer damage during the hurricane and was totally in tact when this daylight break-in took place. This video is circulating is being used as part of the investigation to identify all suspects involved in this break-in.

During searches at the home of the suspects in the Hope Estate and Over the Bank a considerable amount of jewelry was found and confiscated. Both suspects remain in custody at the police head quarters in Philipsburg for further investigation and questioning.

The KPSM with the assistance of the Police forces of the Netherlands, Curacao, Aruba, Royal Marechaussee, the VKC, VKS and Customs Department will continue conducting searching and making arrests in this case and in the many other investigations that are presently ongoing.

PHILIPSBURG, Sint Maarten — Based on information of possible illegal fire-arm possession a search of a popular night club located on the A. Th. Illidge road was conducted on Tuesday at approximately 10.30 a.m. During this search a male suspect with initials M.C.M. was arrested after a considerable amount of U.S., Euro and Guilders currency was found.

The suspect could not give an acceptable account regarding this money. These monies were confiscated for further investigation. The suspect was taken to the Philipsburg Police Head Quarters where he remains in custody for questioning.