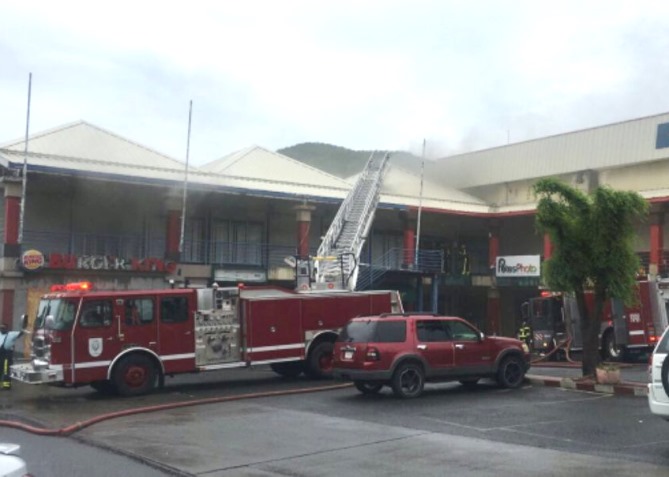 Cul de Sac, Sint Maarten — On Sunday October 15th at approximately 12.30 p.m. police patrols were directed to the branch of the Windward Island Bank located in the Grand Marche complex on Bush road where a fire was reported.

On the scene the patrols realized that the Fire Department was already on the scene and had extinguished the fire.

According to the fire department the cause of the fire was still unknown and had yet been established. No one was injured.