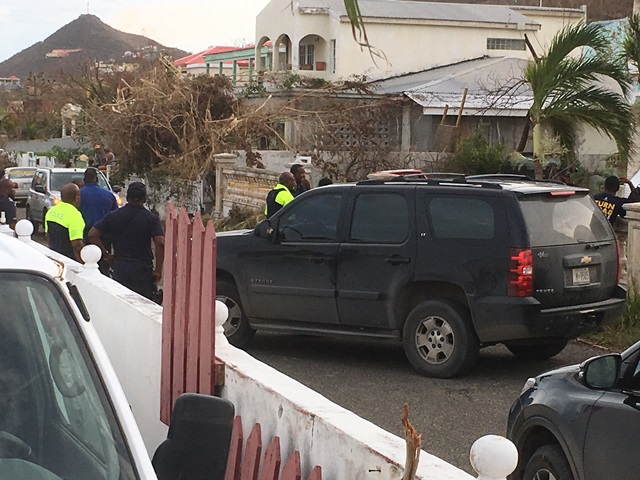 Since the aftermath of hurricane Irma, a 24 hours curfew was issued by the Honorable Prime Minister William Marlin for the entire Dutch side of the island. As the situation on the island started to improve the Prime Minister changed this curfew to a more lenient one. This curfew is to allow law enforcement to provide the necessary safety and security for all citizens and to allow the clean-up services to continue with the cleaning. The present curfew is now valid from 03.00 p.m.  to 08.00 a.m. the following day.

As was decided and publicly announced by the Public Prosecutors Office in collaboration with the police department that all persons in violation of the curfew will be arrested, taken to the police station and will have to go through the legal process. These persons will have to pay a hefty fine as conditional dismissal before being released or if another decision such as community service, is taken by the Public Prosecutors Office.

On Wednesday September 13th 3 persons have been arrested for the violations of this curfew and are presently going through the legal process.

The Sint Maarten Police Force along with the assistance of the reinforcement of all law enforcement agencies presently on the island will strictly enforce this curfew with a “Zero” tolerance policy which is in place.

The Sint Maarten Police Force is sending out a very strong message to the entire population informing them that they should stay at home and not to venture out on the streets during the curfew. This warning is to avoid any unnecessary inconveniences, delays and/or penalties.

St John’s, Sint Maarten — The detective department is presently investigating the fatal shooting of the man with the initials S.W. who resides at an address on Emancipation drive in St. John’s Estate. The police received the first call at approximately 5 pm informing them of the incident.

Immediately several police patrols, detectives and the Forensics department were directed to the scene, to gather information to what had taken place. On the scene, the lifeless body of the victim was located. The scene was cordoned off, to collect evidence.  The victim seemed to have been shot to death because of several gunshots.

The Police department is asking anyone with information regarding this case to get in contact with the police by calling 542 22 22 or the temporary emergency number 919.